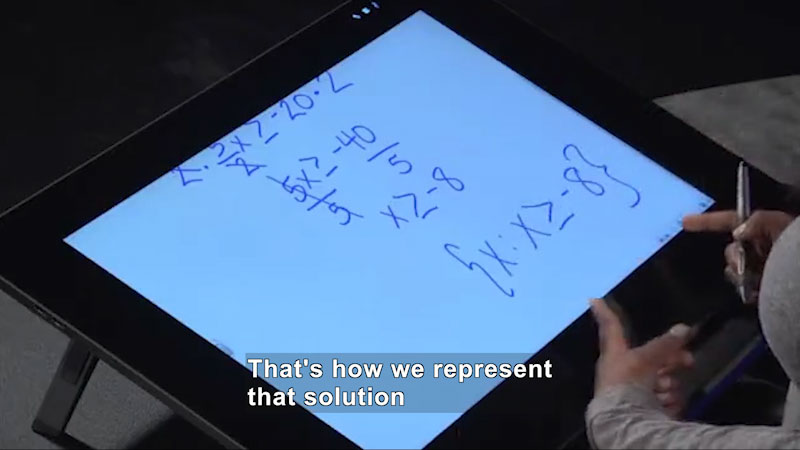 Hey guys, welcome to Algebra I. Today's lesson focuses on solving multi-step linear inequalities algebraically. Your knowledge of solving equations and properties of inequality helps you move through this lesson easily. You ready to get started? Let's go. Okay, so, before we jump into inequalities, I want to throw back to equations. They're not-- There obviously are great differences between them, but steps you take to solve an equation and to solve an inequality algebraically are very similar. You can do one, most likely, you can do the other. Let's look here: 6x minus 3 equals 9. If I solve this to get the solution, like they're asking me to, I'd start by adding 3 to both sides, right? Cancel out right there, so 6x equals 12. Divide both sides by 6. x is 2. What that means is the solution to this equation, the value when I substitute it, giving the equation a value of 9, is 2. Let me show you what I mean, I'll verify. My equation is 6x minus 3 equals 9. We're saying 2 is the only solution to this equation. Let's substitute in there and check-- 6 times 2 minus 3. 6 times 2, that's 12. So, 12 minus 3 is 9, so 2 is the only solution to this equation. Let's move on a little. We'll change that equation to an inequality. I want to show the difference between an equation and an inequality. As far as solving this, it's essentially the same thing. Add 3 to both sides, okay. That's going to cancel out. So 6x is less than 12. Divide both sides by 6. x is less than 2. This time, we were asked for the solution set because in an inequality, you always have more than one solution. There are infinitely many solutions that will prove your inequality is true. What this is saying is, any x value that's less than 2 will make this inequality true. Let me show you. Let's pick numbers less than 2. Let's pick 1-- 1 is less than 2. Split this up. We have 6x minus 3 is less than 9, so if we let x be 1: 6 times 1 minus 3... 6 times 1 is 6, and 6 minus 3 is 3. So 3 is less than 9, so 1 works. What if x were 0? Let's try that: 6 times 0 minus 3-- 6 times 0 is 0. 0 minus 3 is negative 3, which is less than 9, so that's true. We could go on for days. Any x value that's less than 2 will make this inequality true. That's the difference between the solution to an equation and a solution set to an inequality is there is more than one value that will make that inequality true. Let's practice solving inequalities for a bit. We have 10x minus 8 is greater than 3x plus 20. We'll get the solution set and write it in set-builder notation, just so you keep practicing that skill. Think of your inequality sign as dividing that inequality into 2 sides. We want our "x"s on one side, numbers on the other, just like when we were solving equations. I subtract 3x from both sides, my first step. You might have taken another. That's perfectly fine. I have 10x minus 3x, so that's 7x minus 8 greater than-- 3x minus 3x, that wipes out. I'm bringing down the 20. So, now I'm going to add 8 to both sides because I'm trying to isolate that 7x. So, plus 8, plus 8. That's wiped out. So, 7x is greater than 28. Scroll down a little bit. You're at your last step. What do you need to do to get that x by itself? Let's divide both sides by 7, so x is greater than, and 28 divided by 7 is 4. If we write this in set-builder notation, it looks different for inequalities. Looks like this. We have our brace. You have an x, you have a colon, then you have your x is greater than 4, then you close your brace. So with how you read this, you read it like this: "x such that x is greater than 4." That colon you read as "such that." I know it sounds very mathy, for lack of a better term, because we don't typically speak that way, but that is set-builder notation. When you see the colon, you read that as "such that." This is, "x such that x is greater than 4." And that's the solution to this inequality. Let's try another one. We have 5 halves x plus 30 is greater than or equal to 10. They're asking us to use set-builder notation. I'm moving this problem to the middle here, just so it's easier for me to work out. You saw that fraction. Fractions typically alarm us, but we're good. We know how to handle it. We'll clean that up. Now let's get that x term by itself. Let's start by subtracting the 30 from both sides. All right. That wipes out right there. I'm going to bring down that 5 halves x greater than or equal to 10 minus 30. That's negative 20. Now treat that fraction as if this is a division problem: 5 divided by 2. So, the opposite of dividing by 2, the inverse operation, is to multiply by 2. I multiply the left side by 2 and the right side by 2. On the left side, those 2s are going to cancel. I'm left with 5x greater than or equal to negative 20 times 2. That's negative 40. We're at the very last step. What do we need to do here to get x by itself? Divide both sides by 5. So, x is greater than or equal to negative 8. If I wanted to represent that answer using set-builder notation-- get a little more space here. We write that as-- put our brace-- x--the colon for the "such that"-- x is greater than or equal to negative 8. That's how we represent that solution using set-builder notation. Any value of x that is greater than or equal to negative 8 proves this inequality is true, the one we started with up there. Let's keep moving. Let's do another one together. We represent the solution using set-builder notation. I'll move that to the center.

(teacher) Okay, let's first use the distributive property so we can get this cleaned up a bit. So, 4 times x--4x-- 4 times 1--plus 4-- minus 9x-- going to bring everything else down--less than 54. We have like terms on the left side we combine: the 4x and the negative 9x. You combine 4x and negative 9x. That's negative 5x plus 4, less than 54. Okay. Going to keep moving along. Scroll down a little bit. I'm trying to isolate that negative 5x, so let's subtract 4 from both sides. Bring down our negative 5x, is less than 54 minus 4. That's 50. Give me a little more room here. Okay, we're at the last step to get x by itself. We need to divide both sides by negative 5. This is going to cancel, and we have x. Remember that property of inequality. If we divide both sides by a negative number, we flip that inequality sign-- changes the relationship. 50 divided by 5, that's negative 10. My solution set-- have my brace-- x colon x is greater than negative 10. This is, "x such that x is greater than negative 10." We got through that one. And I do believe it's your turn to try. Press pause. Take your time and work through these. When you're ready to compare your answers, press play.

In this program students learn that solving multistep inequalities is very similar to solving simple equations. The rules for solving inequalities include maintaining the balance of the equation. Part of the "Welcome to Algebra I" series. 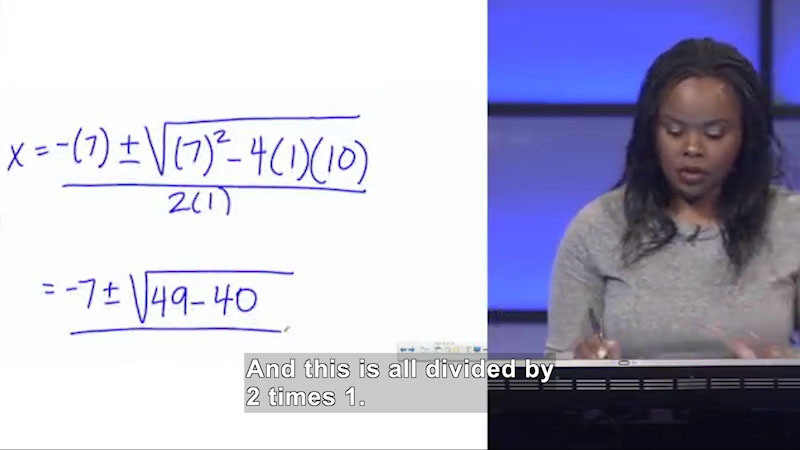 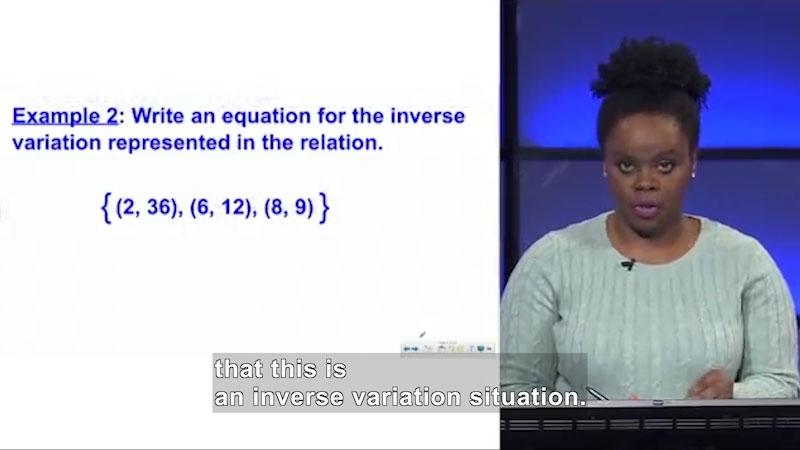 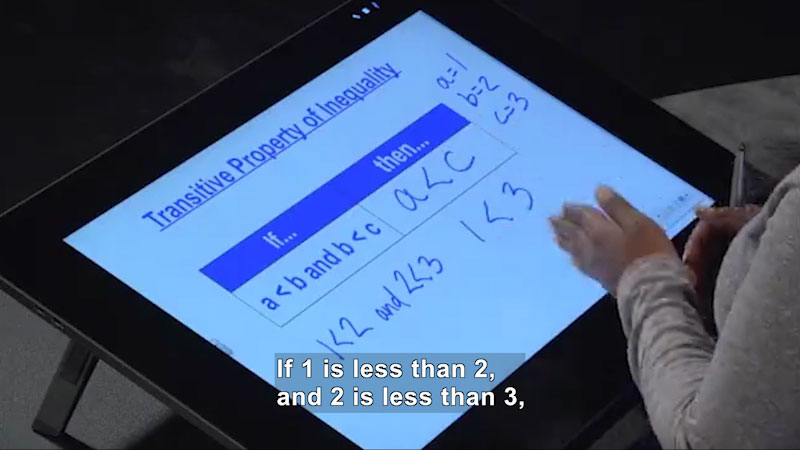 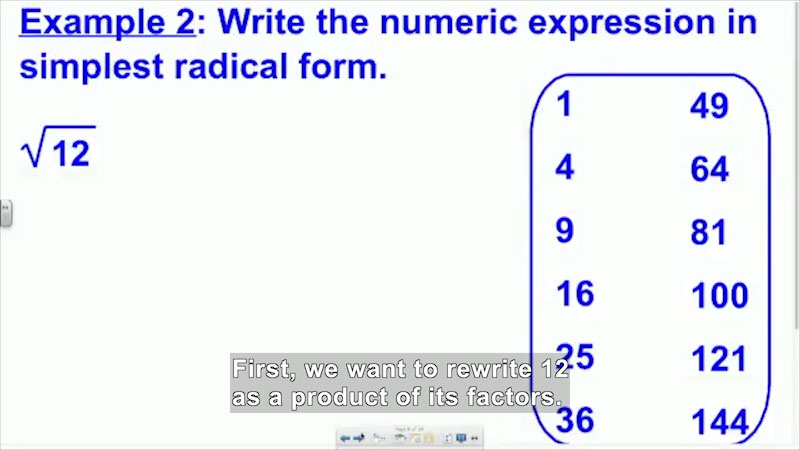 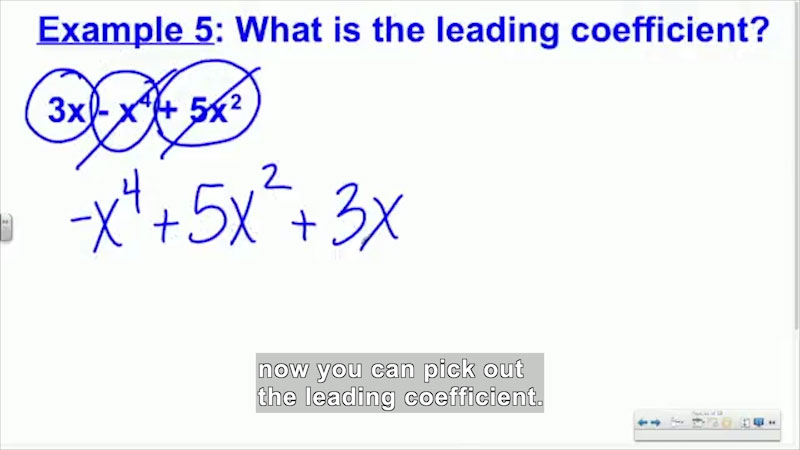 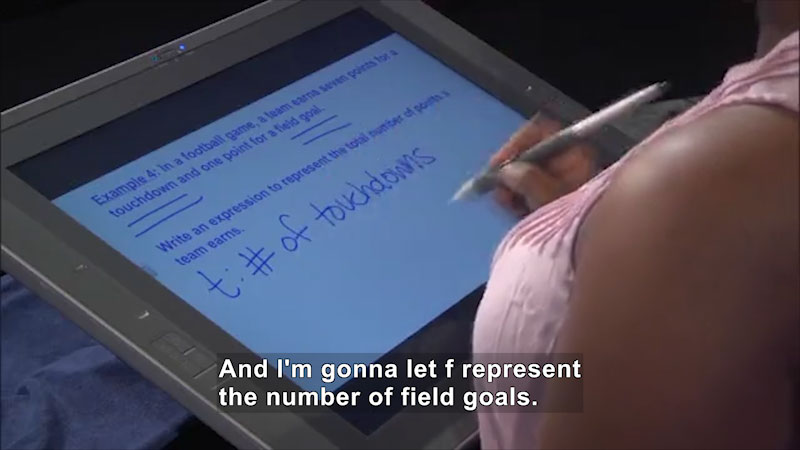 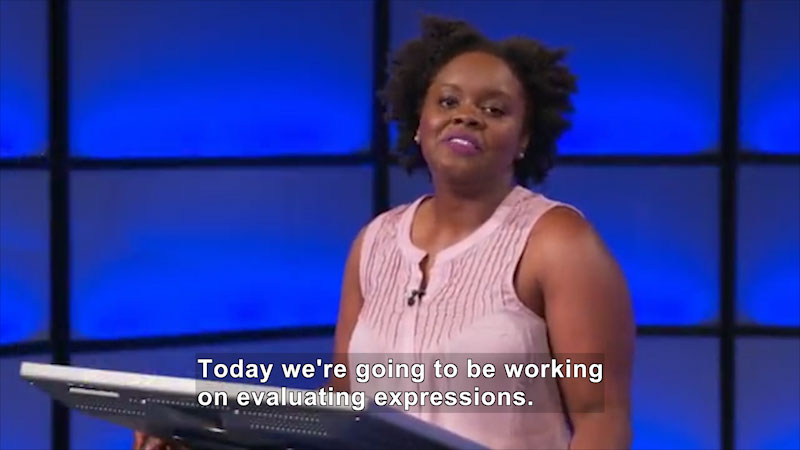 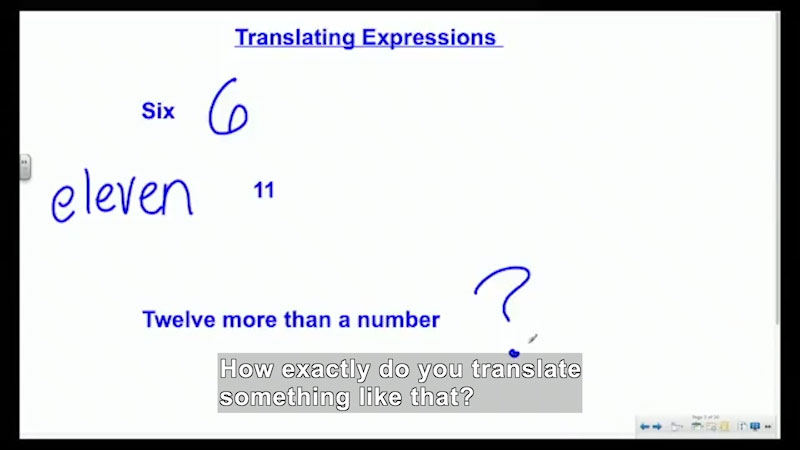 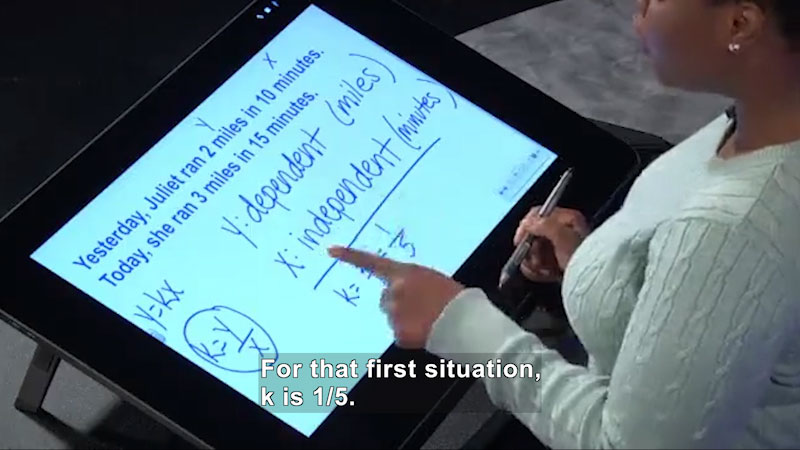 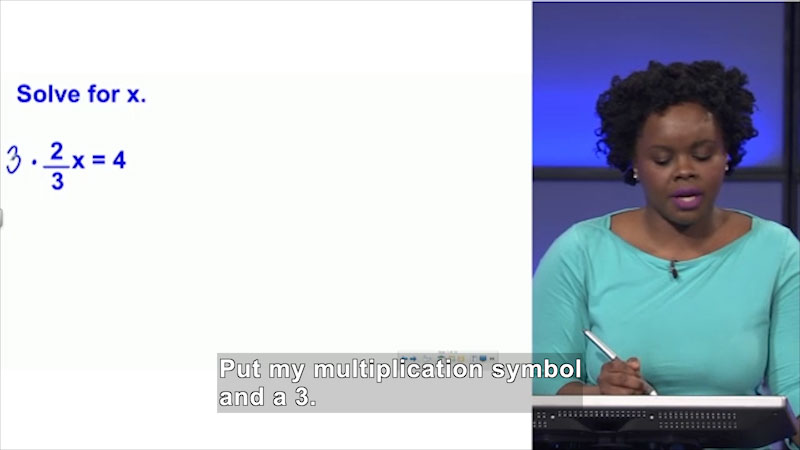