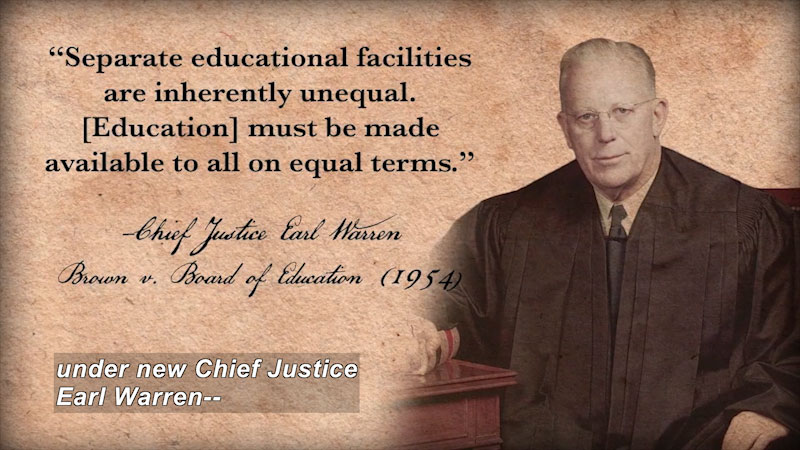 I'm Andy Rudalevige, professor of government at Bowdoin College. Welcome back to beautiful Brunswick, Maine, the steps of Bowdoin Art Museum, and Founding Principles. In this episode, we think about the rights of citizenship, including the right to vote and to be free from unjust discrimination-- what we usually refer to as civil rights. When we think about civil rights, we think about marches, movements, and martyrs. That's an important part of the story. Committed actors have pushed us to a broader view of who is included in the claim of the Declaration of Independence, "All men are created equal." Quick hint, "all" means "all" and not just men.

A group of 56 men, a majority of whom owned slaves, signed on to a surprising piece of prose in 1776. The Constitution a few years later institutionalized that revolutionary irony. While avoiding the word "slavery," it ensured persons held to service or labor could not escape by fleeing to another state. It protected the slave trade from abolition for 20 years and allowed slaves-- sorry, all other persons-- to be counted as 3/5 of a person in order to calculate representation in the Congress. What Martin Luther King would later call "those majestic words" were embedded in the American psyche. One way to tell the story of American history is through 200 years of efforts to close the gap between ideals and institutions. It has been a moral struggle and a brutal physical one, ranging from Bleeding Kansas to Bloody Sunday to the bloodiest of all American wars. From 1861 to 1865, as many as 750,000 people died in the U.S. Civil War. The Union victory in that war led to important legal changes. The Thirteenth Amendment in 1865 prohibited slavery. The Fourteenth Amendment in 1868 ensured equal protection under the law for all citizens. And the Fifteenth Amendment in 1870 prevented states from restricting voting rights on the basis of race, color, or previous condition of servitude. Congress passed Civil Rights Acts in 1866 and 1875 to combat the black codes passed by Southern states. For a while during Reconstruction... ...even winning elected offices in the South. After the 1876 election, Union troops were removed from the South. The new national laws could no longer be enforced. African American rights gave way to brutal intimidation of the Ku Klux Klan and white groups, as well as new state laws-- literacy tests, poll taxes, grandfather clauses-- "You could only vote if your grandfather could," which meant anyone whose grandfather had been a slave was out of luck, white primary laws claimed primary elections were basically events held by private clubs and could exclude any participants they wanted. All these disenfranchised most black voters. Since only people on the electoral rolls were allowed to serve on juries, the criminal justice system was likewise purged of black participation. Another set of laws aimed to regulate-- that is to say, prevent-- racial interaction. This system, known as "Jim Crow," put a structure of separation in place that would last nearly a century, governing everything from transportation to education to property rights, hotels, movie theaters, restaurants, and even marriage. The national government wasn't of much help during this period. In 1883, the Supreme Court even overturned the Civil Rights Act of 1875. And in 1896 came a more infamous test case--Plessy v. Ferguson. Here, Homer Plessy, who happened to be 1/8 African American, bought a train ticket from New Orleans to Covington, Louisiana. Instead of sitting in the part marked "colored only," he sat in a car reserved for whites only. Soon enough, he was arrested. The Supreme Court ruled by seven votes to one that this was fine. The Louisiana law segregating railroad travel was constitutional. The court said the Fourteenth Amendment's guarantee of equal protection under the law extended only to political rights. Transportation was more of an economic or social activity. Justice Henry Brown wrote that... The doctrine that resulted became known as "separate but equal." Not too surprisingly, this decision prompted a new slew of Jim Crow laws. In dissent, Justice John Marshall Harlan proved remarkably prescient... This remained until the first of the 20th century. The great migration of African Americans from South to North had mostly economic causes. It began to change the political landscape. As early as the 1930s, black voters in Northern cities had become a small but crucial voting block. In 1948, the Democratic platform made a stand for equal rights-- prompting Southern delegates to walk out of the convention and run Dixiecrat candidates.

President Harry Truman was elected. He went on to issue an executive order, integrating armed services and urging the first comprehensive Civil Rights Act since Reconstruction. Civil rights advocates were having more luck in courtrooms. White primaries were declared unconstitutional. Restrictive housing covenants were held to be unenforceable. In the late 1940s, a number of segregated institutions of higher education were desegregated. At first, the logic for those latter cases was not that segregation itself was wrong, but because the separate facilities were not, in fact, equal. As such, the ruling in Plessy v. Ferguson was not overturned. Rather, states were being required to comply with even that ruling. But in 1954, this finally changed. That year, the Supreme Court-- under new Chief Justice Earl Warren-- ruled unanimously that... The court ordered states to comply with all deliberate speed. Well the states were very deliberate and none too speedy. Some simply refused. In Little Rock, Arkansas, President Dwight Eisenhower was forced to call in federal troops to escort black children to their new school. By 1962, only 1/2 of 1% of all black students in the South were attending desegregated schools. By 1964, the figure was about 2%. But by 1972, the figure was 91%. Why? Not because of the courts, or not entirely. Instead, public opinion changed and with it, congressional opinion and with it, the law. In the 1950s, the civil rights movement-- from bus boycotts, sit-ins, to Freedom Rides-- blossomed across the South. Often nonviolent resistance was met with violence. The shame of that violence, especially when it showed up on the new medium of television, helped prod the nation into action. The Civil Rights Act was passed in 1964 and the Voting Rights Act in 1965. The Housing Rights Act was added in 1968, sadly prompted by more violence-- this time, the assassination of Martin Luther King Jr.

(Describer) A headline about it appears over footage of King speaking.

Other groups took the African American civil rights playbook and ran with it. The women's movement was an early adopter. In the early 20th century, as laws limiting the right to contract were overturned for men-- as with the Lochner case-- they were upheld for women. ...the all-male Supreme Court intoned in a 1908 case about an Oregon law setting maximum hours for female workers. ...the court decided... The Nineteenth Amendment was ratified in 1920-- ensuring women had the right to vote. Once politicians had to campaign for women's votes, policy changes occurred, if slowly. The Equal Rights Amendment to the Constitution was first proposed in the 1920s and went nowhere. The version put forth in 1972 was ratified in 35 states. Now to become part of the Constitution, the ERA needed 38 states, so it fell short. One reason for that was courts and legislators were taking gender equity issues far more seriously. In the 1971 case Reed v. Reed, the Supreme Court held states could not treat men differently than women in legal matters. In Craig v. Boren in 1976, an Oklahoma law that set separate legal drinking ages for men and women was overturned. Sadly for college students, this resulted in a higher drinking age for everyone. In 1995, in a landmark case dealing with Virginia Military Institute, Virginia's offer to set up a separate academy for women was rejected. Separate but equal could not be justified here either, the Supreme Court held.

The author-- Justice Ruth Bader Ginsburg. More recently, we've seen a push for gay civil rights and the legal recognition of same-sex marriage. As recently as the mid-1980s, the Supreme Court held that laws punishing same-sex relationships were constitutional. But rapid changes in public opinion again drove rapid change. States began to pass antidiscrimination laws. Starting in the early 2000s, even to sanction same-sex marriage, either through state court decisions based on the equal protection clauses of state constitutions, by legislative action, or by referendum. In 2013, the U.S. Supreme Court revisited the 1996 Defense of Marriage Act and ruled that the federal government could not override state-level decisions to recognize same-sex marriage. And in 2015, it held that states could not ban such unions either. Justice Anthony Kennedy wrote... "Those rights," the court held... This decision-- coming on a five-to-four vote-- was, of course, controversial. In dissent, Chief Justice John Roberts urged those who favored expanding same-sex marriage to celebrate the decision. But he added... That's a good reminder of issues that arise with constitutional interpretation generally and with rights cases in particular. Laws often make distinctions between people on the basis of group identity. How strong a justification is necessary to do that? In some cases, the groups might be differentiated mostly by behavior or qualifications-- drivers with licenses, say, and those without. The courts simply require a rational basis for treating groups differently under the law. When the difference is based on some sort of inherent characteristic, courts call for what they term strict scrutiny. When the classification is by race, the reason for making distinctions has to be not just rational but also narrowly tailored to advance a compelling state interest. Usually the idea is to make sure that the law is not based on illegitimate stereotypes. Such reasoning also applies to laws and policies whose goal is to help groups who have faced past discrimination. Is that sort of affirmative action permissible, given Justice Harlan's dissenting claim back in Plessy that the Constitution is "color-blind?" That's an argument that's with us still, and it's hardly the only one. In fact, many debates over rights and equality these days have moved from our courtrooms to our classrooms and our living rooms. After all, de jure discrimination and segregation-- that which is allowed or even required by law-- has diminished greatly. De facto discrimination is rooted in people's behavior and harder to root out-- something the civil rights movement found out when it moved from Southern states to Northern cities. It's something that's not just in history books, but in today's headlines as well.

At this point, we have ranged across the institutions, actors, and yes, founding principles that motivate and populate our political system. It's hardly the last word. It is time for the last episode. You can only imagine the spectacle that awaits. Join me for our grand finale to ponder the six things you should always remember about American government. Accessibility provided by the U.S. Department of Education.

In this episode, Dr. Andrew Rudalevige overviews important civil right movements in American history. Through a study of foundational documents like the Declaration of Independence and the Constitution, students learn about the fight for equal rights by different groups throughout history. Part of the "Founding Principles: American Governance in Theory and Action" series.