From the "Silent Worker", January 1960. Photo of J. Pierre Rakow, Stanley Benowitz, Robert Panara, and Leon Auerbach. The caption to the photo indicates that Rakow is shown training three teachers at Gallaudet College in writing captions for films which are "..now being purchased for deaf audiences." The training actually took place as the three "…did the actual caption writing for a film 'Assignment Paris.'" It is further noted that the Inauguration of the new government-funded captioned film loan service (Captioned Films for the Deaf) was expected to begin in two to three months. 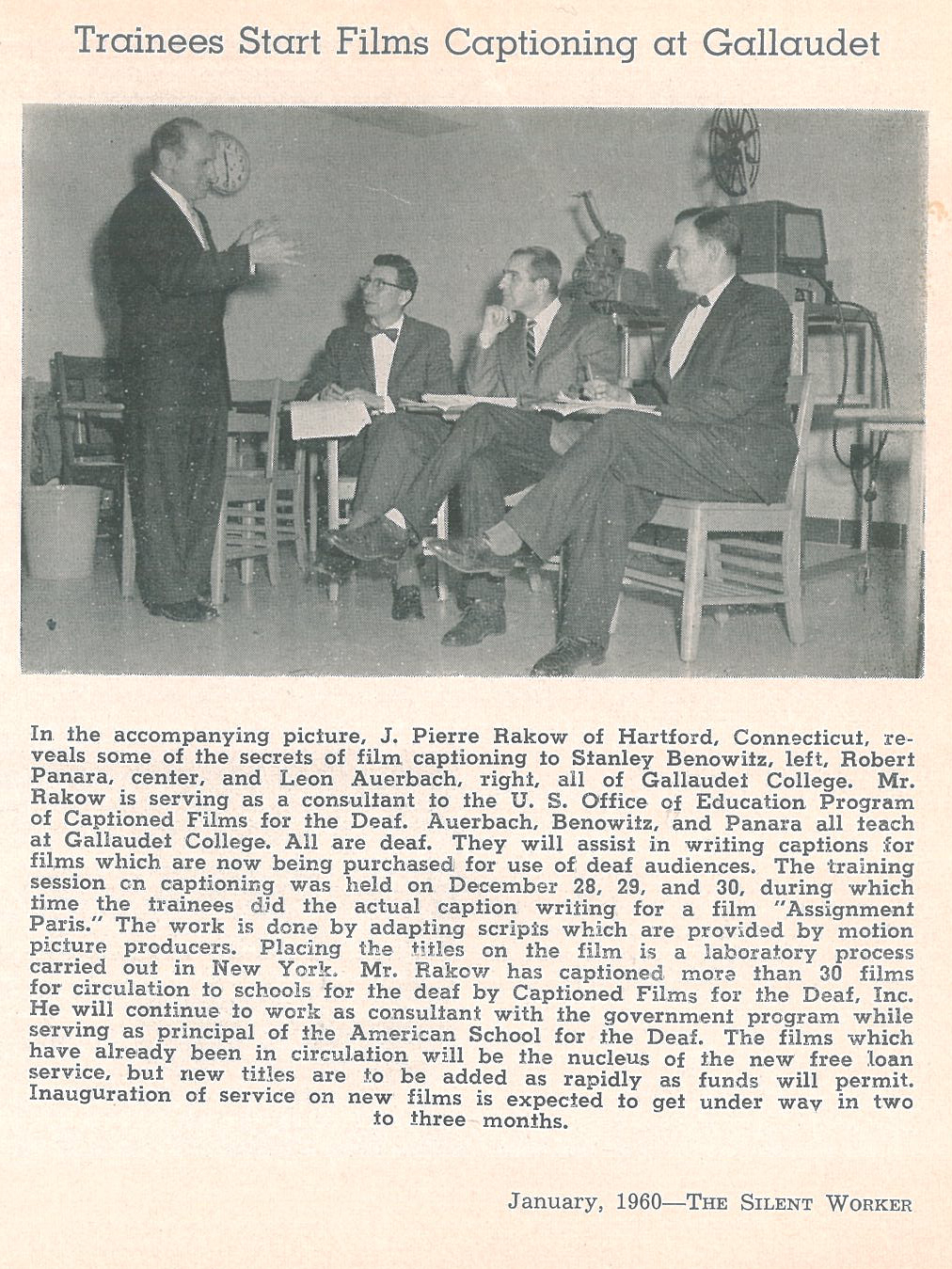 "Headline: Trainees Start Film Captioning at Gallaudet. Body text: In the accompanying picture, J. Pierre Rakow of Hartford, Connecticut, reveals some of the secrets of film captioning to Stanley Benowitz, left, Robert Panara, center, and Leon Auerbach, right, all of Gallaudet College. Mr. Rakow is serving as a consultant to the U.S. Office of Education Program of Captioned Films for the Deaf. Auerbach, Benowitz, and Panara all teach at Gallaudet College. All are deaf. They will assist in writing captions for films which are now being purchased for use of deaf audiences. The training session on captioning was held on Deember 28, 29, and 30, during which time the trainees did the actual caption writing for a film, "Assignment Paris." The work is done by adapting scripts which are provided by motion picture producers. Placing the titles on the film is a laboratory process carried out in New York. Mr. Rakow has captioned more than 30 films for circulation to schools for the deaf by Captioned Films for the Deaf, Inc. He will continue to work as consultant with the government program while serving as principal of the American School for the Deaf. The films which have already been in circulation will be the nucleus of the new free loan service, but new titles are to be added as rapidly as funds will permit. Inauguration of service on new films is expected to get under way in two to three months. 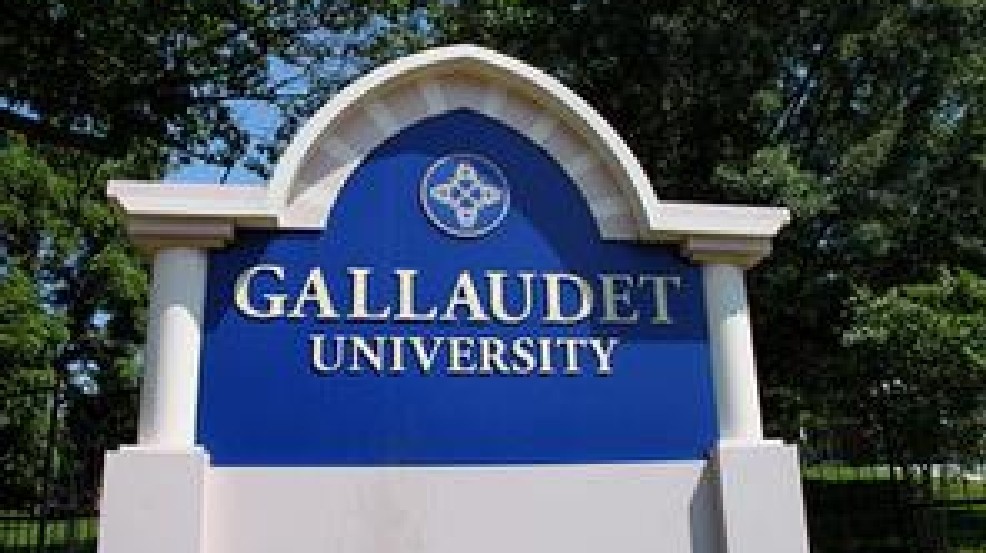