Years ago, my wife, Esther Geiger, was driving some children to a drama class, and the kids were chattering excitedly about the movie "Toys." It takes place in a toy factory, and the film is filled with colorful images and movement gags—but not a lot of dialogue. One child in the car, who was blind, said, "Oh, I saw that. It was the most boring movie I've ever been to!" Indeed, this was well before the advent of audio description for film.

Esther is a CMA, a Certified Movement Analyst, a practitioner of Laban Movement Analysis developed by Rudolf Laban, along with Labanotation—the technique for notating dance—in the early 20th century. As you might imagine, movement analysis and audio description have much in common: in particular, careful observation, the need to objectify our ways of looking at what we observe, and find more ways to say what we see. Because description happens in "real time"—and especially if a program contains a lot of dialogue or other pertinent sound elements—describers must be clear and succinct. There's no time to describe everything; they must choose what's most important to convey the essence of the visual experience. Then they must find words that are concise, vivid, and imaginative to elicit images in their listeners' mind's eyes.

Finding words—we all deal with that, just about Girl with hand to her ear, listeningevery moment of our waking lives. But children or people with learning disabilities have particular needs that might be addressed effectively through the use of description. In developing a rather elaborate audio described tour for the Connecticut Children's Museum in New Haven, CT (complete with navigational/directional information and tested by people who are blind), I conducted a workshop in New Haven with day care workers and reading teachers on what I think represents a new application for audio description—literacy. We experimented with developing more descriptive language to use when working with kids and picture books. These books rely on pictures to tell the story. But the teacher trained in audio description techniques would never simply hold up a picture of a red ball and read the text: "See the ball." He or she might add: "The ball is red--just like a fire engine. I think that ball is as large as one of you! It's as round as the sun--a bright red circle or sphere." The teacher has introduced new vocabulary, invited comparisons, and used metaphor or simile—with toddlers! By using audio description, you make these books accessible to children who have low vision or are blind and help develop more sophisticated language skills for all kids. A picture is worth 1000 words? Maybe. But the audio describer might say that a few well-chosen words can conjure vivid and lasting images.

All of this heightens the importance of the work of the Described and Captioned Media Program and its cooperation with the American Council of the Blind's Audio Description Project. We call our collaborative effort "Listening Is Learning," and a major activity has been our "Young Described Film Critic" (YDFC) Contest. For three years, we've offered young people with vision impairment a chance to win prizes for themselves and their schools. Here's how it works: Entrants write, type, or record their own film review of any described film or video; three age categories have been established: sophomore (ages 7 to 10), junior (ages 11 to 14), and senior (ages 15 to 18). For more information, just point your browser to: http://www.dcmp.org/ai/listeningislearning/get-involved_events-and-contests.html.

Editor's note: YDFC is now the BADIE (Benefits of Audio Description in Education) contest, and is better than ever!

One of the first audio describers, Joel Snyder began describing theater events and media in 1981. Each year he develops audio described tours for major museums throughout the United States including the Smithsonian Institution, the Getty, the Albright-Knox, the National Aquarium, and several state museums and myriad National Park and Forest Service exhibit centers.

In media, Snyder has produced description for nationally broadcast films and network series including "Sesame Street" broadcasts and DVDs. In addition, his descriptions and voice are part of the soundtrack accessed by visually impaired audiences at cinema screenings of dozens of feature films.

Internationally, he has introduced description techniques in over 30 countries, recently presenting workshops in Sydney, Istanbul, Shanghai and for the World Blind Union in Geneva. Further, he has trained describers in Brazil, Italy and in Spain at the Universitat Autonoma de Barcelona, where he is a PhD candidate in audiovisual translation. 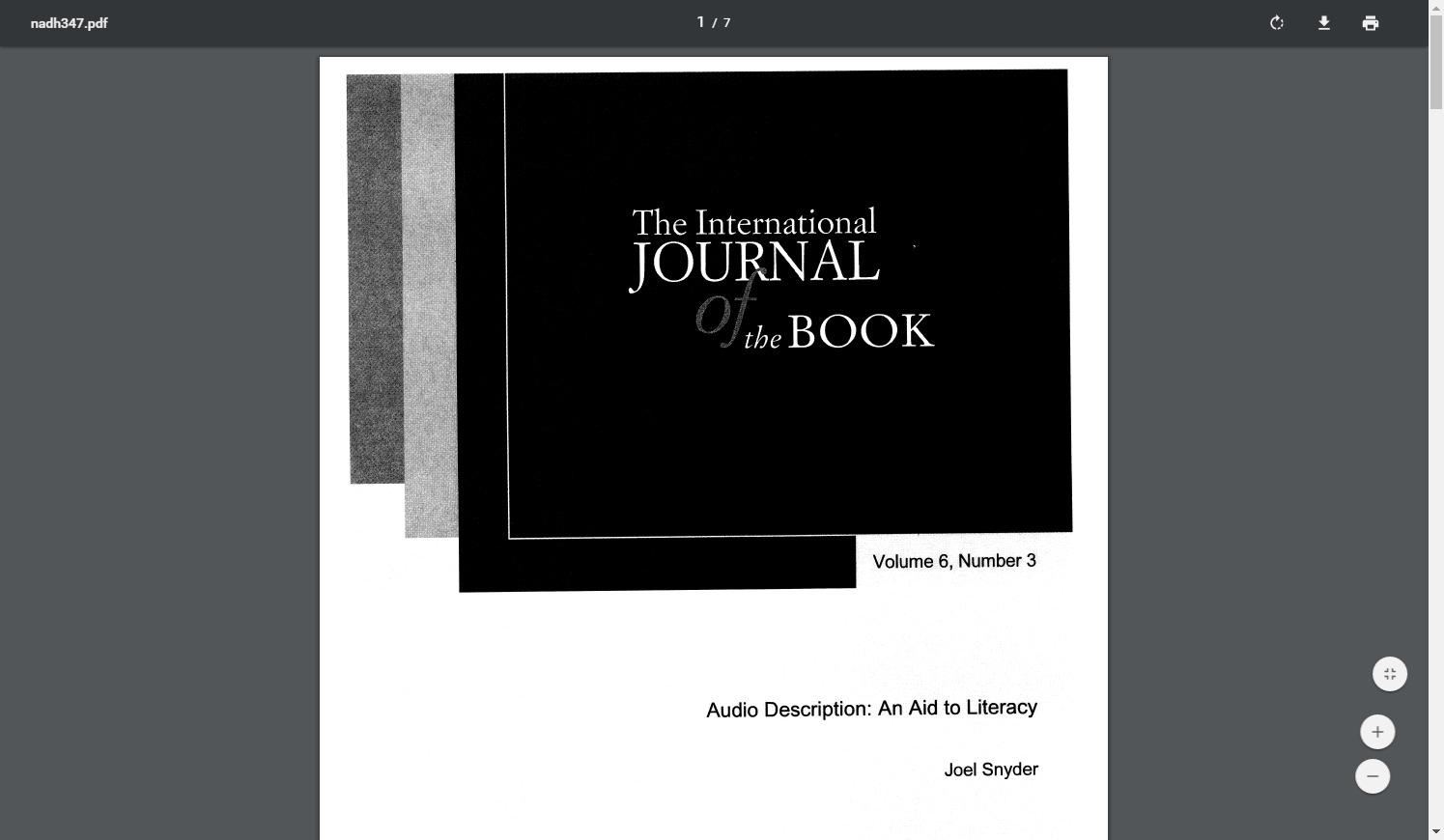 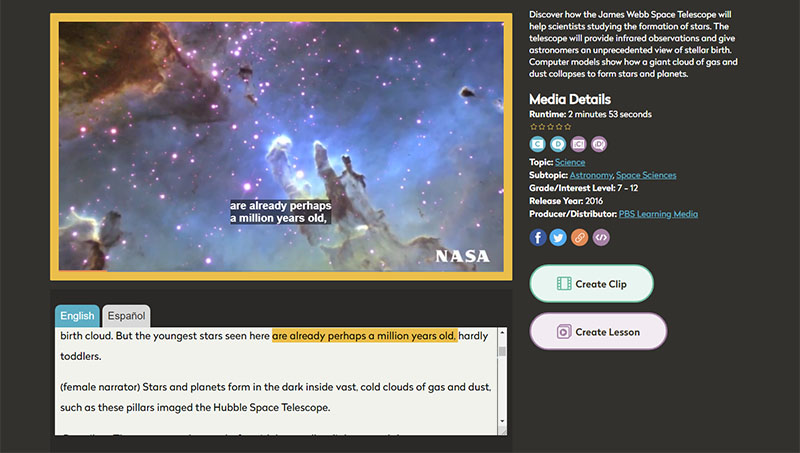 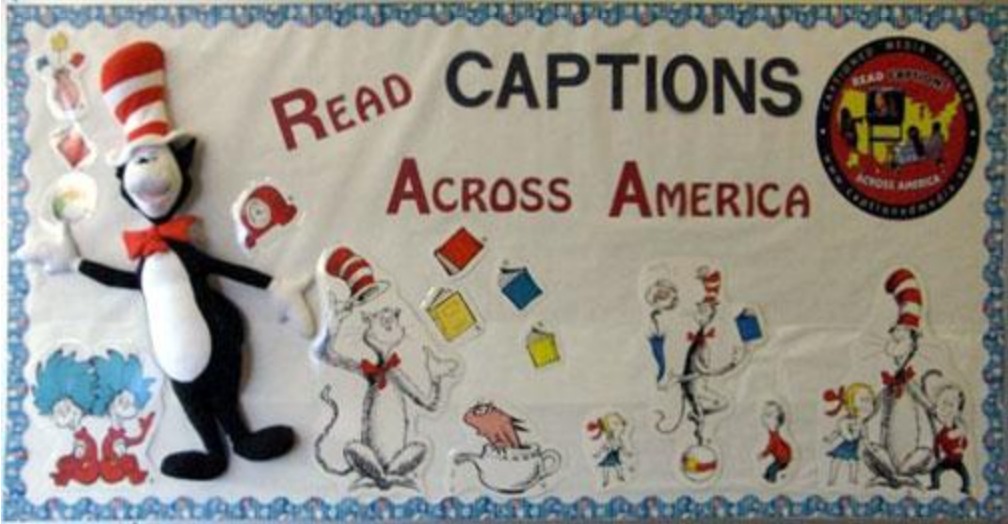