In April 2009 the Described and Captioned Media Program (DCMP) solicited input from teachers of students with visual impairments (TVIs) around the U.S. in an attempt to measure the awareness of the availability of described educational video-based media (i.e., video) and to uncover trends concerning overall video usage among TVIs. An online survey was publicized by way of various e-mail lists, websites, and professional development organizations; this effort resulted in 222 unique responses, summarized in the various sections below.

The survey respondents were split almost equally between teachers at public schools and residential schools (though many of the respondents from public schools were itinerant TVIs), with only a handful of private, charter, and public alternative schools represented (Figure 1).

Nearly half (45%) of the TVIs who responded to the survey indicated that they use video in their classroom, despite findings from an earlier DCMP survey indicating that less than 5% of educational videos are described. A large majority of respondents (86%) indicated that they are aware that some educational videos are described. 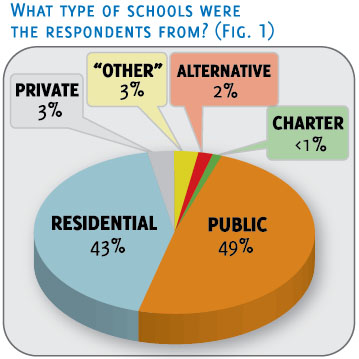 TVIs Who Use Videos

As shown in the graph (Figure 2), most of the video currently used in the respondents' classrooms does not include description. 74% of the respondents reported that less than 25% of the video they use contains description. However, for this material to be useful to the students who are B/VI, it must be accessible. A whopping 87% of respondents indicated that they either provide their own description or delegate the task of describing videos to an aide or a student who is not visually impaired. 13% reported that they only use video in class if it is natively accessible (i.e., all important information is conveyed in the original soundtrack). 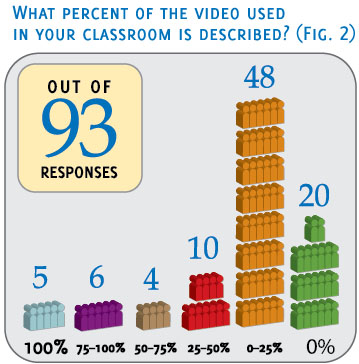 What Works (And What Doesn't Work)

TVIs Who DON'T Use Video

Only 4.9% of respondents believed that video is not an appropriate medium for teaching students with visual impairments; a plurality attributed their lack of video usage to a limited or nonexistent availability of accessible (described) videos (28%), with others citing a lack of time (23%) or equipment (19%) as the limiting factor.

A full 81% of the respondents reported that they would begin to use video in their classroom if they could locate a reliable source of described educational videos. 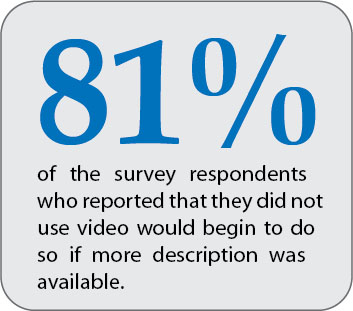 Though classroom video is relatively underutilized by TVIs (in comparison to general education classrooms, in which video approaches the status of printed texts), a peek below the surface of these results reveals an undercurrent of support (and demand) for quality described educational programming. Indeed, even in classrooms where video has been adopted, an increase in the availability of accessible video will also preserve the valuable instructional time and resources currently being utilized to provide some measure of accessibility to students when undescribed video is used in class.

Support for described classroom video is vital in order to ensure that the thousands of students who are B/VI have equal access to the tools they need to succeed! 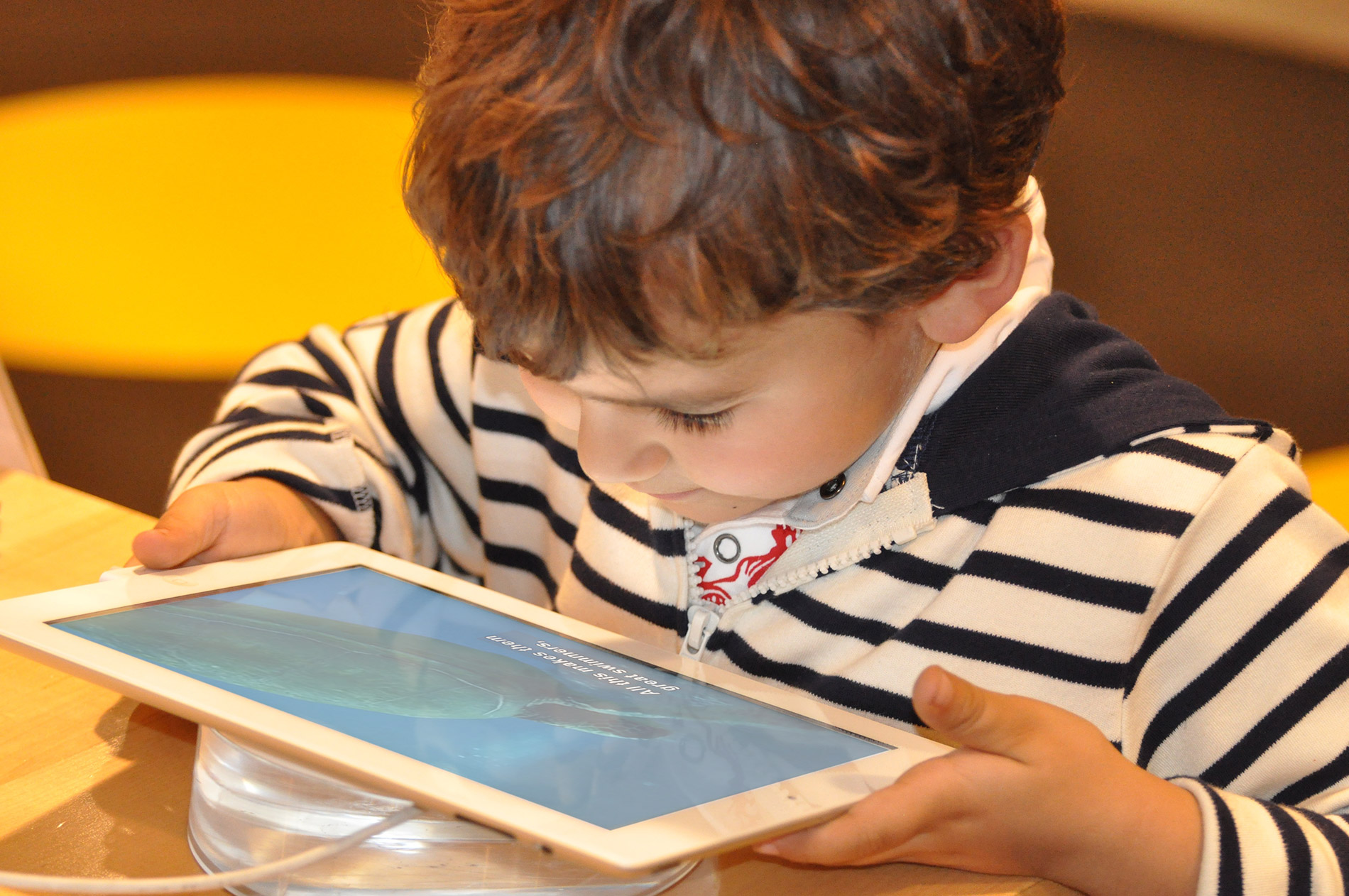