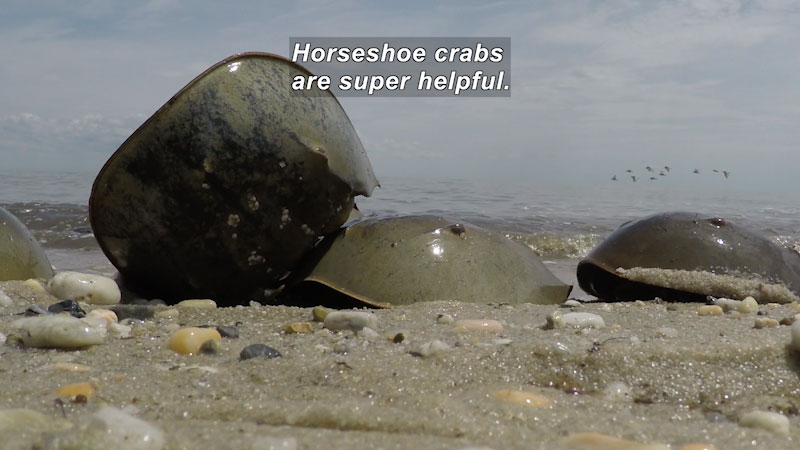 (male narrator) They might look creepy, but there's more to a horseshoe crab. First, they're not even crabs. They're actually closer cousins to spiders or scorpions. They're not dangerous. They don't have teeth or jaws. They're not venomous. Their tails look scary, but they turn the crab if it gets flipped upside-down. Horseshoe crabs are super helpful. Their blood helps test medicines, and their eggs are a food source for birds. But they need our help.

While horseshoe crabs aren't endangered or threatened, there is concern for their well-being. There's been a high demand for them as bait and they've had to deal with habitat loss. It's a good idea to help them out. Don't disturb horseshoe crabs if they're mating or spawning. Participate in surveys so we have a better idea of how many there are. If a horseshoe crab is on its back, flip it over. It's the least you can do for the creature that's had your back.

(Describer) One moves its ten legs. Titles: OceanToday.noaa.gov. Accessibility provided by the US Department of Education.

The ancestors of the horseshoe crab have roamed Earth for over 450 million years. They may look creepy, but they are not dangerous. Their numbers have been declining, and scientists have been trying to help preserve them. Part of "The Remarkable Horseshoe Crab" series. 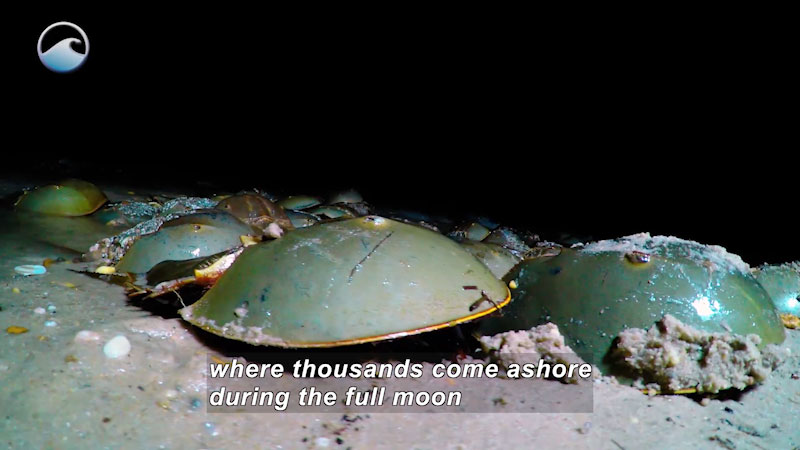 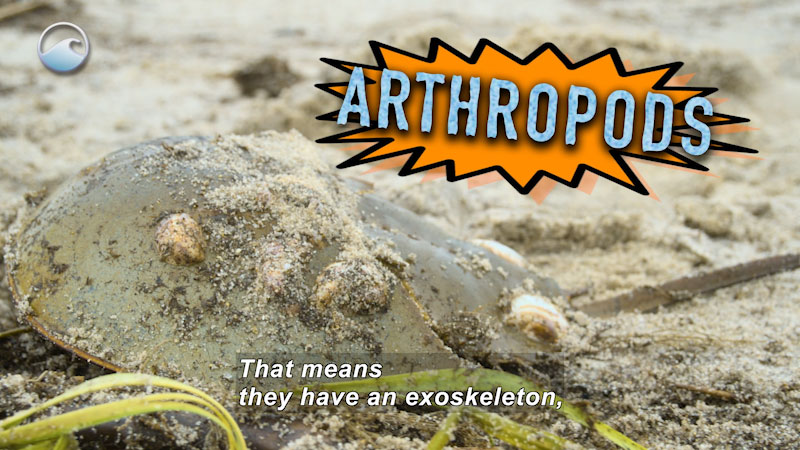 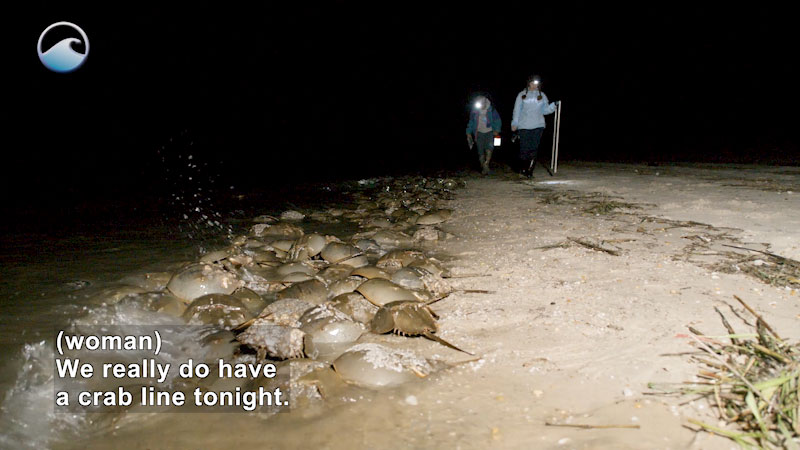 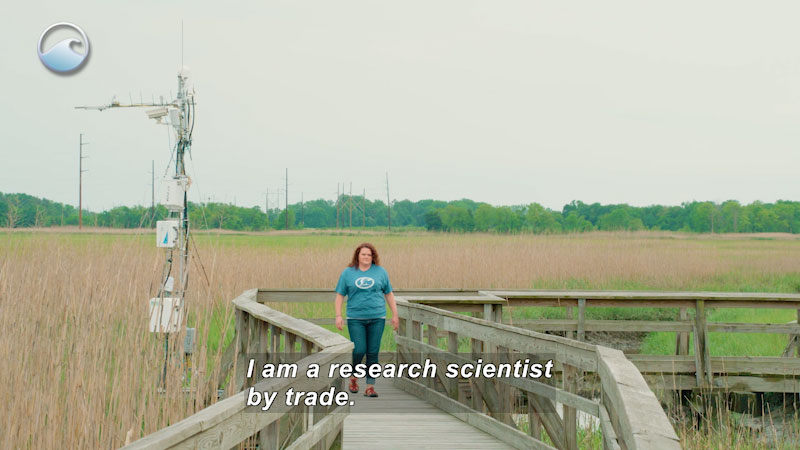