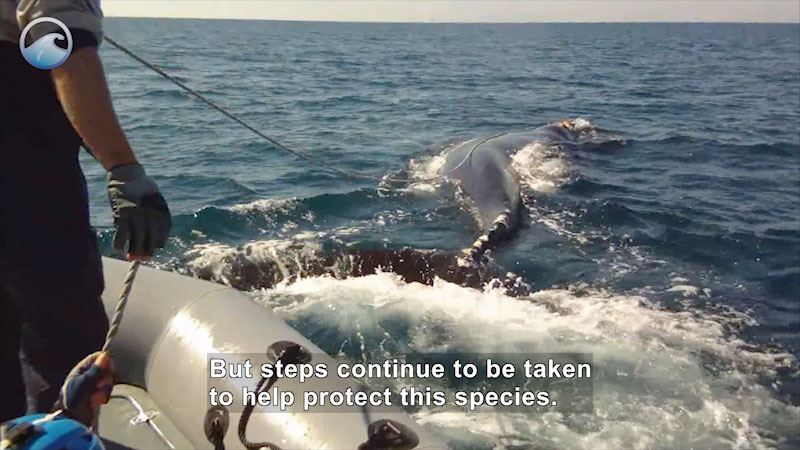 (male narrator) North Atlantic right whales don't have teeth. They're baleen whales-- they have comb-like plates in their mouths that filter food from the water. Their foods of choice are zooplankton, called copepods. They can eat 5,000 pounds a day to support their 55 ton weight. That's as heavy as eight elephants. The North Atlantic right whale got its name from whalers. Because these whales travel slowly and often at the surface, they were easy targets. For whalers, they were the "right" whales to hunt.

(Describer) In a painting, a man hold up a harpoon.

Although international protections banning whaling went into effect in 1935, North Atlantic right whales are still one of the most endangered species in the world. With fewer than 500 left, they're now the right whales to save. But the major threats to this species are from humans, including vessel collisions and entanglement in fishing gear. In fact, scientists examining scars on whale skin estimate that 82% of North Atlantic right whales have been entangled at least once. But steps continue to be taken to help protect this species. NOAA's National Marine Fisheries Service has established speed restrictions for vessels during migration season, and thanks to the collaboration with the shipping industry, international shipping lanes have been adjusted as well. A whale alert app is available in the Northeast Atlantic that warns ship captains when right whales are detected nearby. It is a federal crime to approach a right whale within 500 yards without a special permit-- that's a distance of five football fields away from right whales. With careful conservation and recovery work, the population of this species can hopefully continue to rebound. A healthy ocean depends on North Atlantic right whales and endangered whales need our help.

The North Atlantic right whale got its name from whalers. The whales were easy targets to hunt since they travel slowly and spend a lot of time at the surface. For whalers they were the “right” whales to hunt. With fewer than 400 left, they are now the “right” whales to save. Part of the "Endangered Ocean" series. 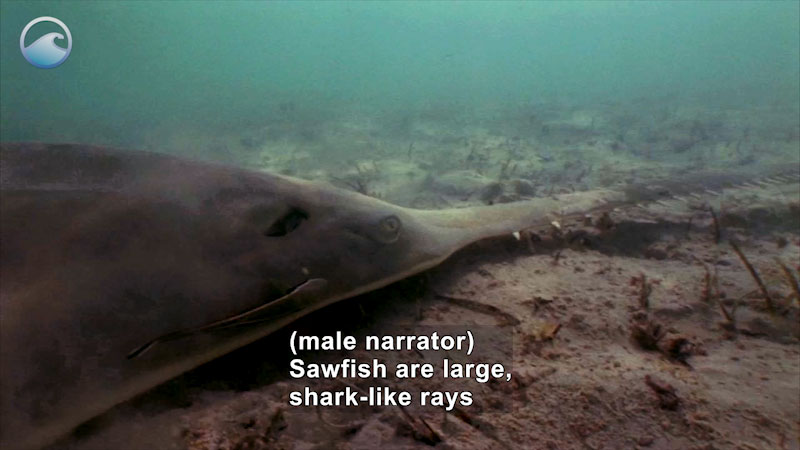 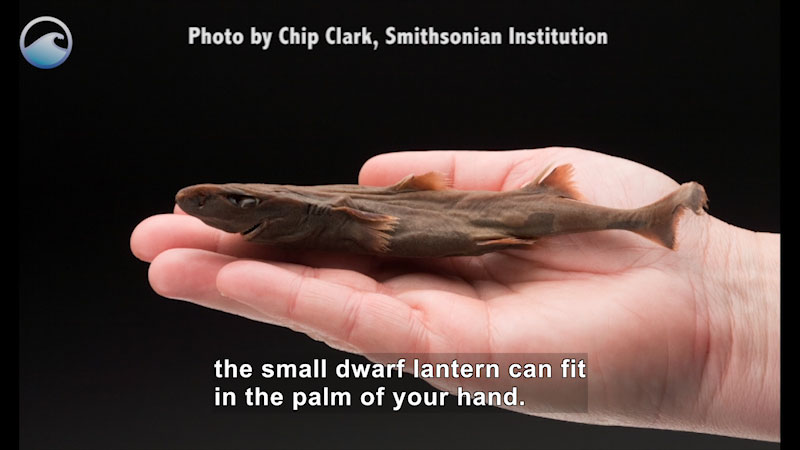 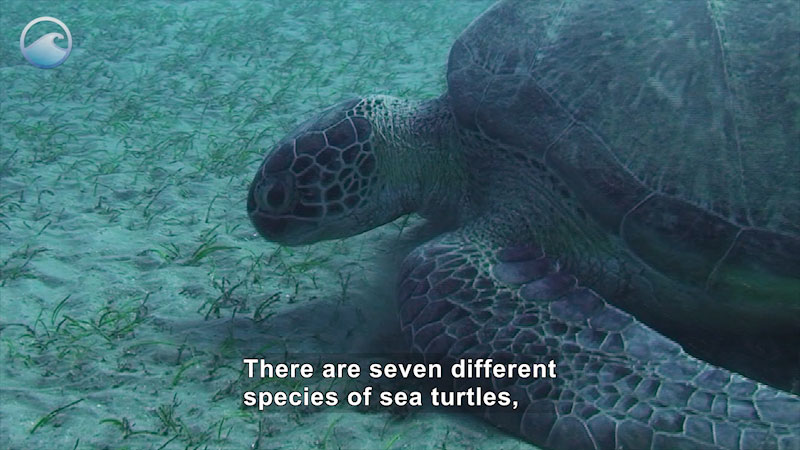 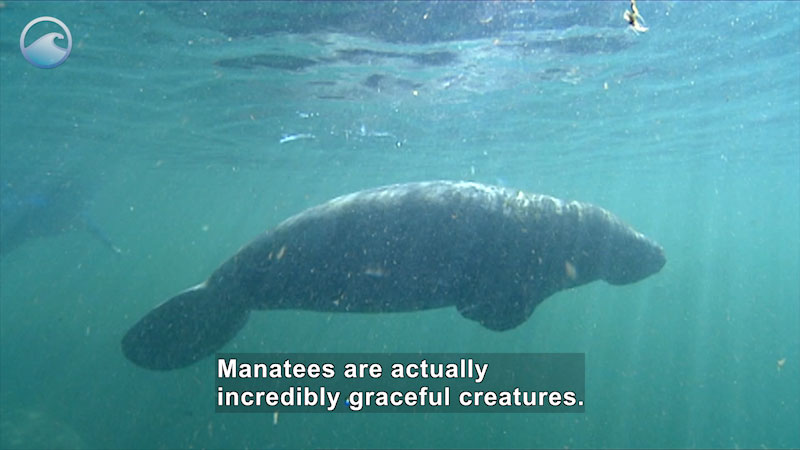 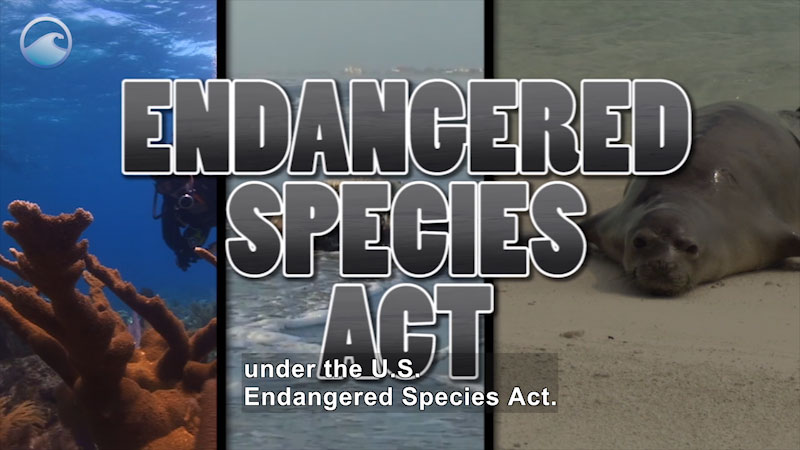