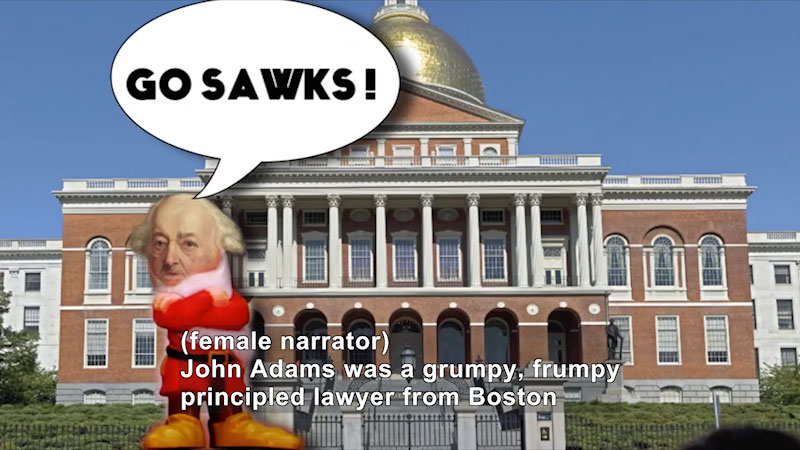 (female narrator) John Adams was a grumpy, frumpy principled lawyer from Boston who successfully defended British soldiers involved in the Boston Massacre. Adams was a leader in the Continental Congress, a diplomat, and the first vice president. In 1796, he won the world's toughest job, following George Washington as president. Adams dealt with two wars. One was between America's political parties. Federalists like Adams wanted a stronger national government, and Democratic-Republicans wanted a smaller one. America got used to the nasty fighting. The parties have changed, but the two-party system exists today. The second war was France versus England. Adams favored neutrality, but each country's navy harassed U.S. merchants. He raised taxes for defenses and signed the Alien and Sedition Acts, targeting foreigners and government critics. He lost to Democratic-Republican Thomas Jefferson in 1800. Before he left, he appointed Federalist John Marshall to lead the Supreme Court. Adams lived until July 4, 1826, America's 50th anniversary. Now, that's patriotic. [band plays "Hail to the Chief"]

John Adams had his hands full when he took over the presidency from George Washington. Find out how he dealt with the feuding political parties and attacks on U.S. merchants from France and Britain. Part of the "60-Second Presidents" series. 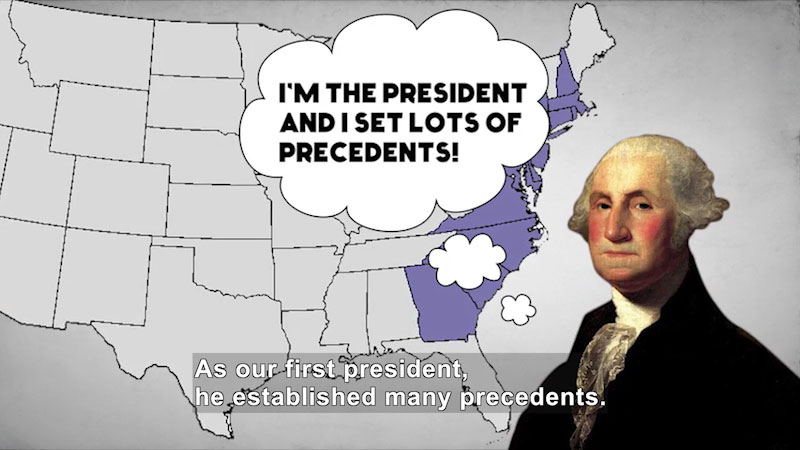 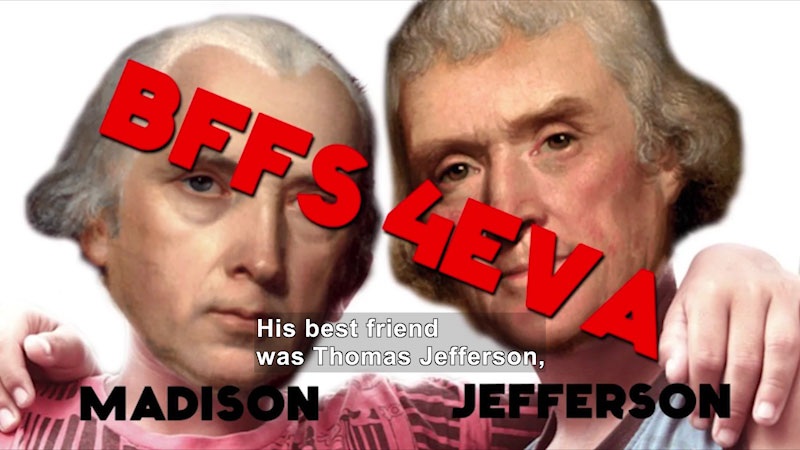 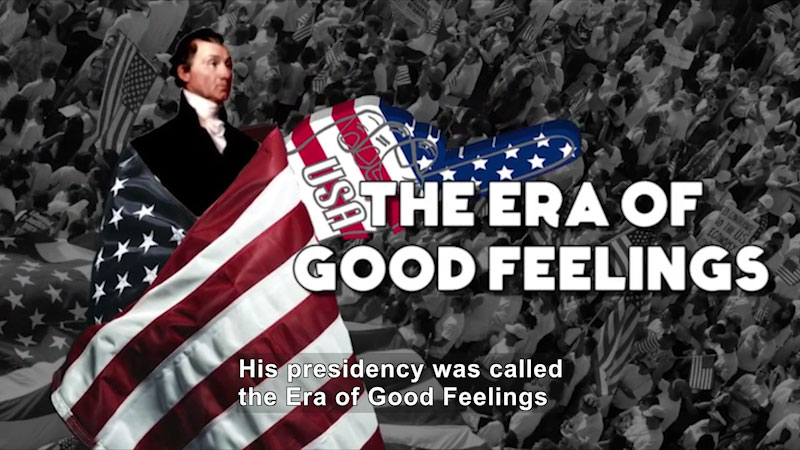 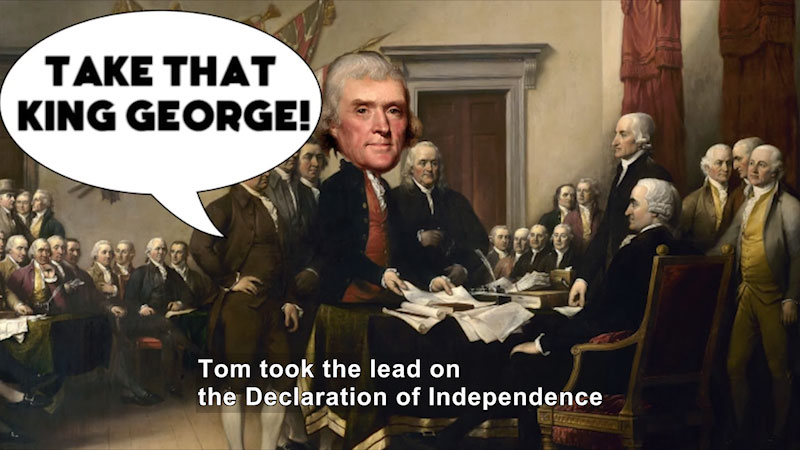