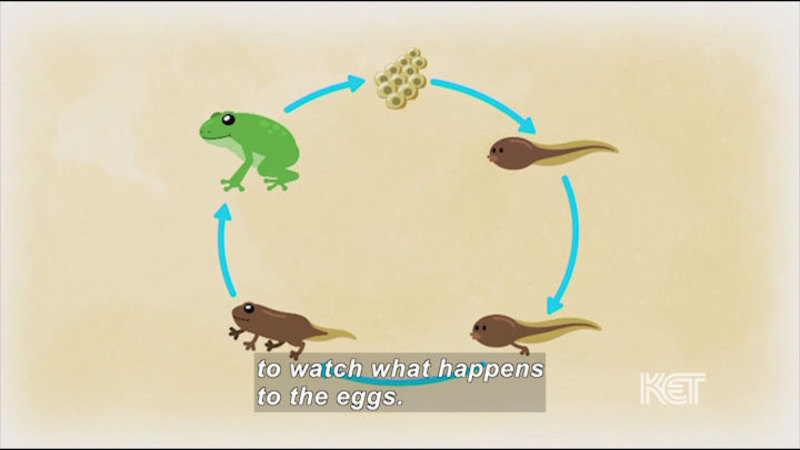 (Describer) In a cartoon...

I love to go fishing at the park near my house.

There are lots of animals that live around the pond. You see insects like dragonflies,

(Describer) ...with a skinny mouth.

and birds like ducks and herons. One day when I was there with my grandpa, I noticed bubbles attached to a leaf in the water. Grandpa said they weren't bubbles at all. The tiny balls were frog eggs.

(Describer) It drops in the pond.

They can breathe underwater through their skin.

(Describer) It jumps onto a rock.

They also have lungs, like people, and can breathe air. When we got home, Grandpa taught me even more about frogs. We visited the pond all summer to watch what happens to the eggs. It's called... When the eggs hatch, the baby frogs sort of look like fish. They're called tadpoles. The tadpoles swim around the pond happily and eventually grow cute little legs to go with their long tails. Over time, the tadpoles' tails get much smaller, and their legs get bigger and stronger. They still live in the water,

but now they're called froglets. A few months after the tadpoles hatch from their eggs, the froglets' tails disappear and they climb out of the water. Now they're officially grown-up frogs. They spend a lot of time hopping around, but they like to hang out in the pond too. When I go fishing, my frog buddies are always there to greet me.

Many animals look like tiny versions of their parents when they are born, but not frogs. Follow the narrator and her grandpa as they observe the events leading up to their amphibian friend becoming a frog. Part of the "Everyday Science for Preschoolers" series. 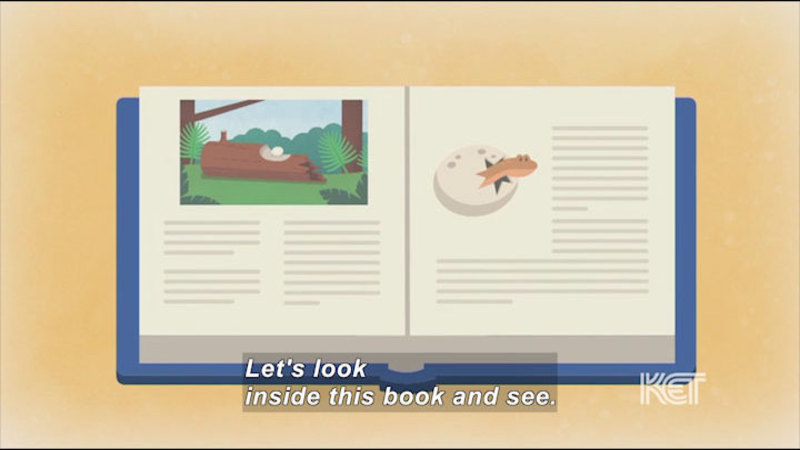 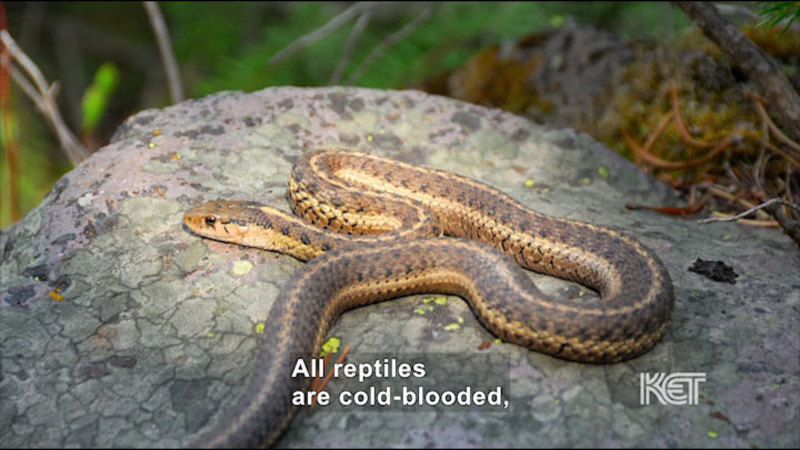 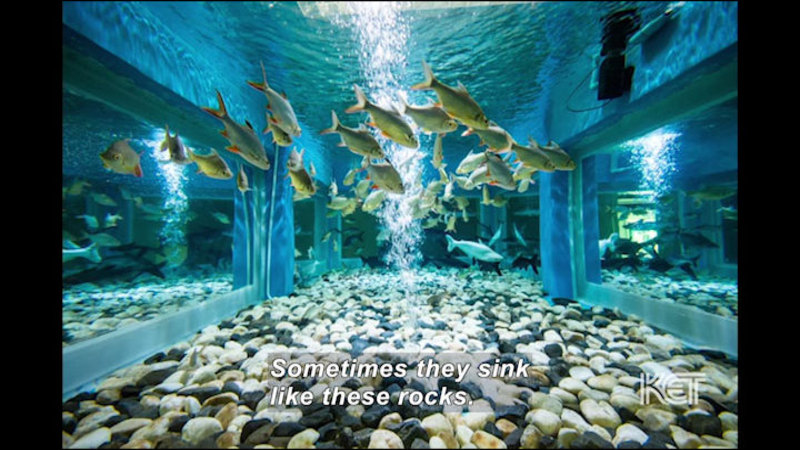 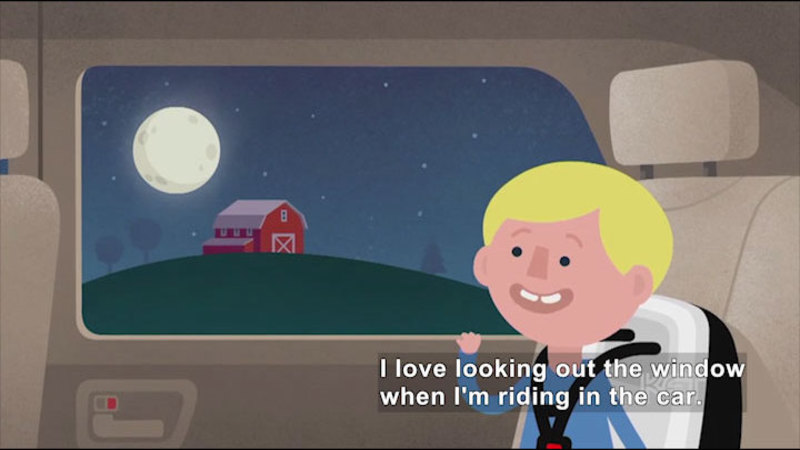 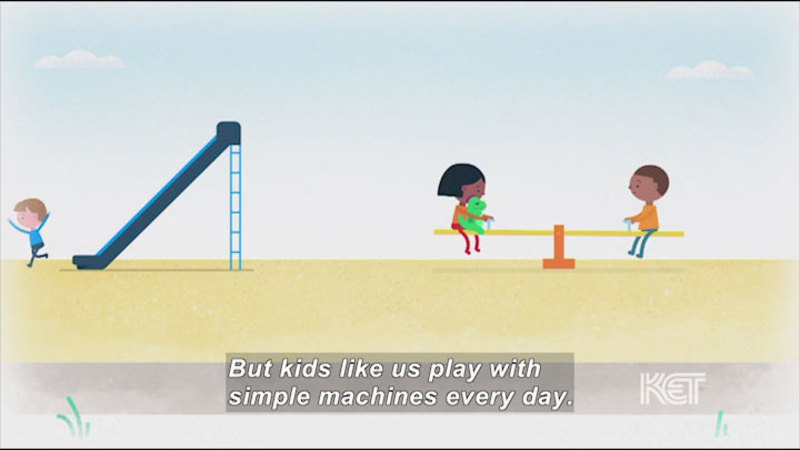 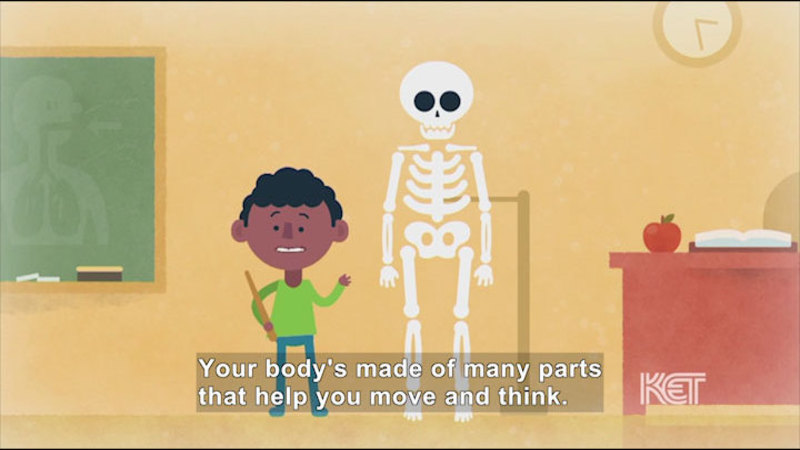 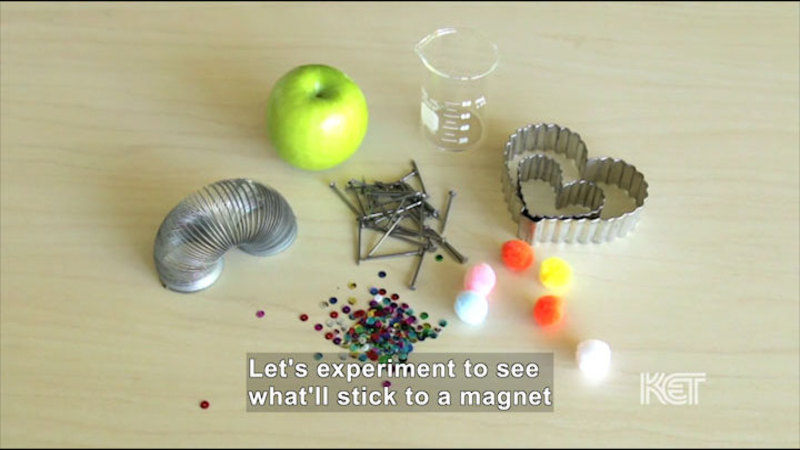 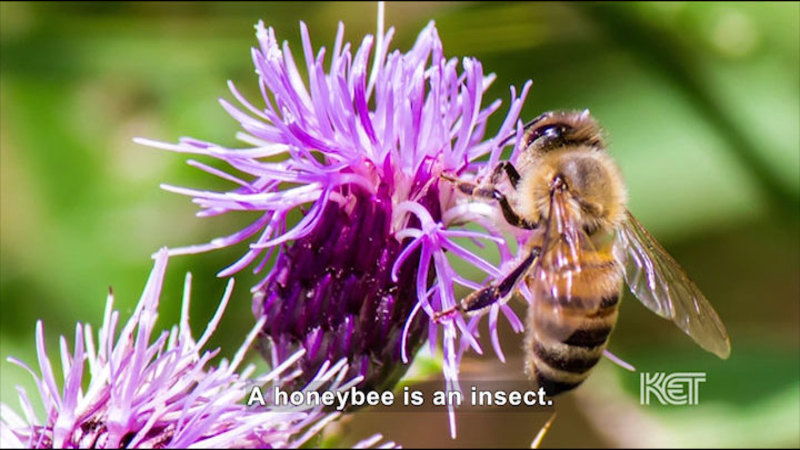