In the Netherlands, as in most other European countries, closed captions for the deaf summarize texts rather than render them verbatim. Caption editors argue that this way television viewers have enough time to both read the text and watch the program. They also claim that the meaning of the original message is properly conveyed. However, many deaf people demand verbatim subtitles so that they have full access to all original information. They claim that vital information is withheld from them as a result of the summarizing process. Linguistic research was conducted in order to: (a) identify the type of information that is left out of captioned texts and (b) determine the effects of nonverbatim captioning on the meaning of the text. The differences between spoken and captioned texts were analyzed on the basis of on a model of coherence relations in discourse. One prominent finding is that summarizing affects coherence relations, making them less explicit and altering the implied meaning. 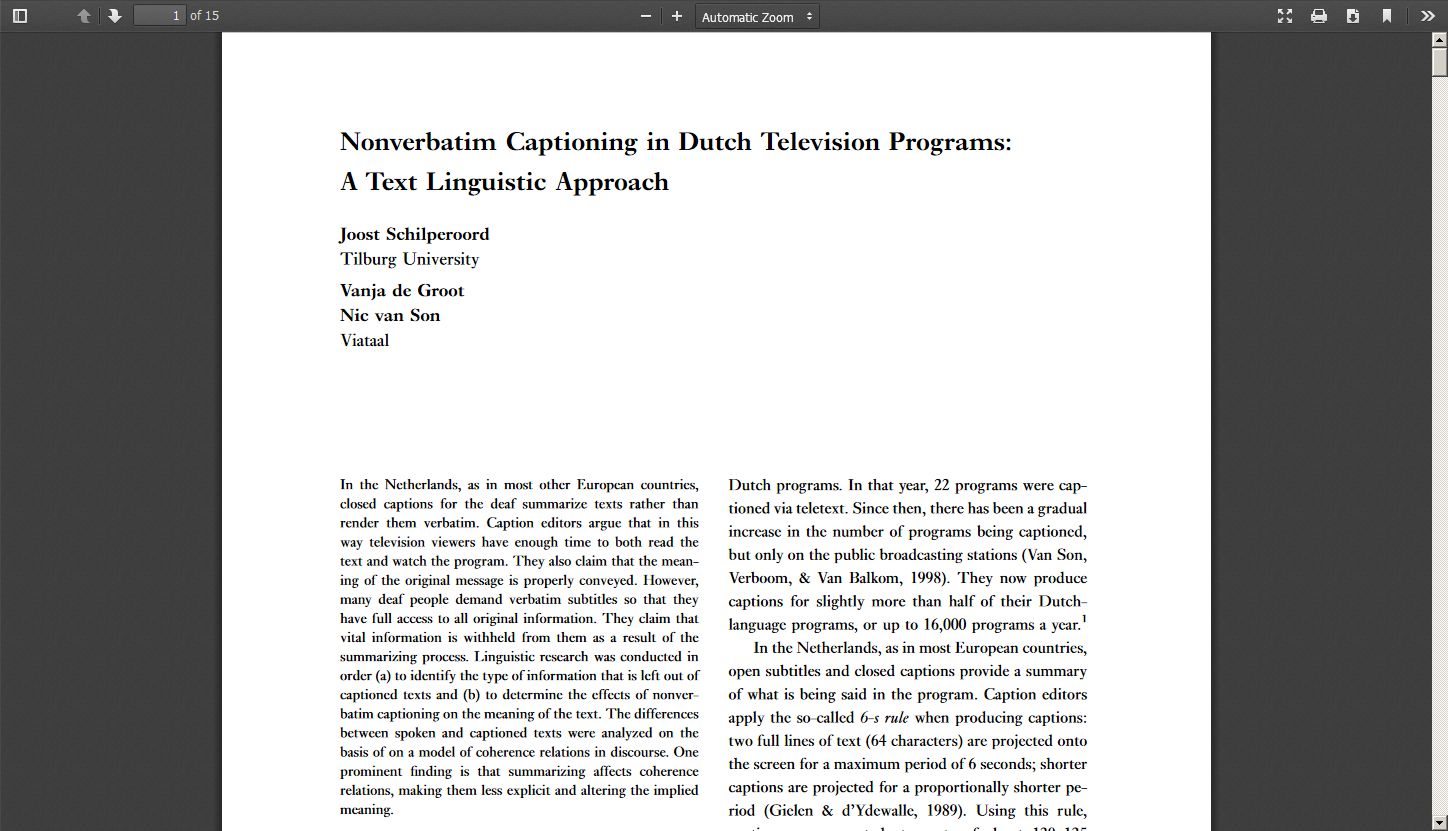