Subtitling and the Relevance of Non Verbal Information in Polyglot Films

A paper by Elena Sanz Ortega, University of Edinburgh, U.K., in 2011. Examines the important role which non-verbal information can play in polyglot films (films in multiple languages) at horizontal and vertical levels. As films belonging to this film genre often portray the misunderstandings that exist amongst cultures, they tend to include characters who speak different languages. In relation to this, multimodal analysis suggests that non-verbal components help characters to communicate and are also used to convey information to the audience in situations where fictional characters do not speak. It is in this latter situation where non-verbal information plays its most important role. Consequently, it is necessary for subtitlers to leave enough time for viewers to catch the non-verbal signs in order for them to understand the communication problems that fictional characters exper 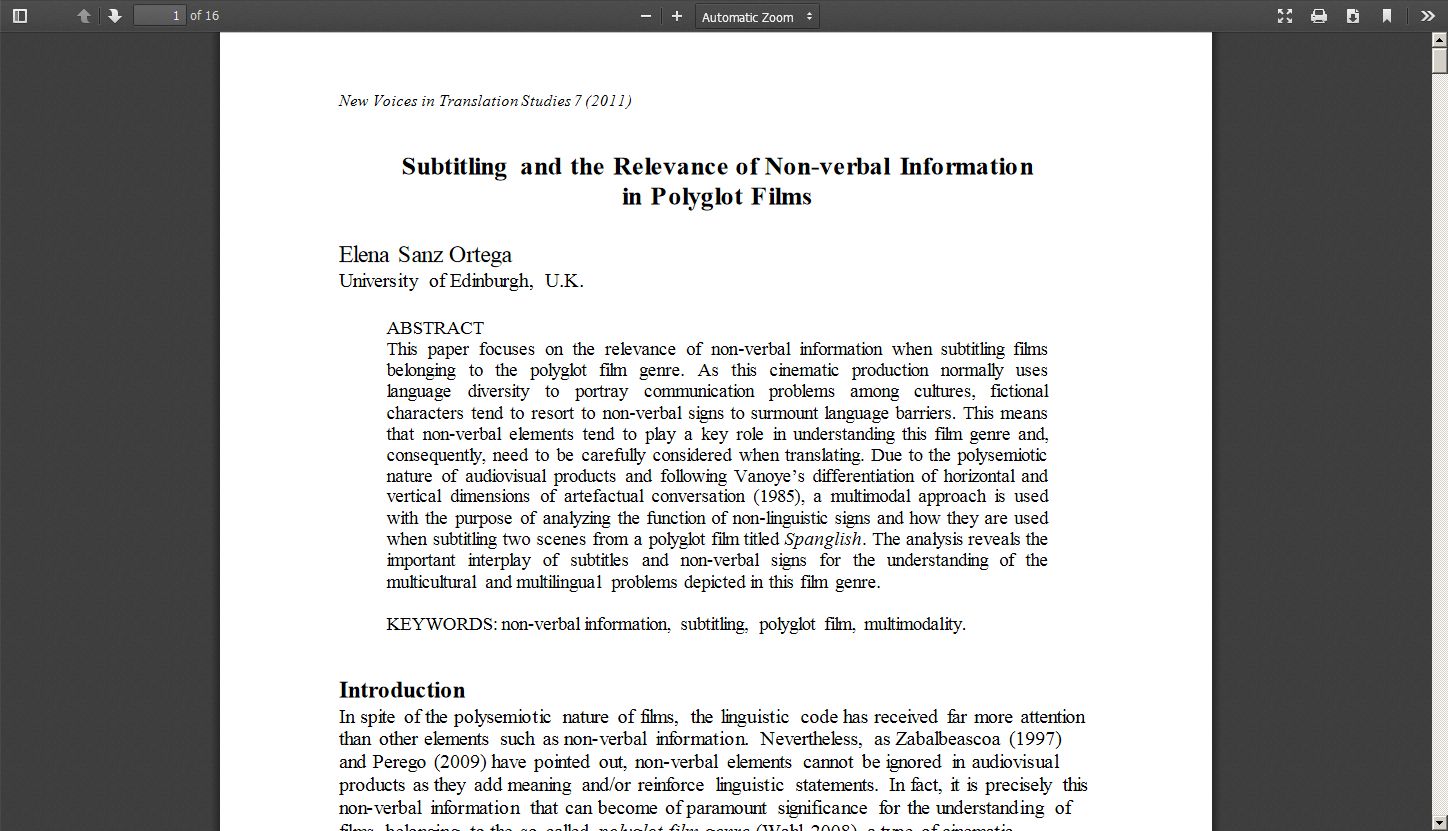