The concept behind the Described and Captioned Media Program (DCMP) originated in a small town in Connecticut back in the early '50s, as people were deciding how to assure that those who were deaf or hard of hearing would have equal access to media that now included sound. They began a program called Captioned Films for the Deaf, Inc. In September of 1958, this program became federal Public Law 85-905, and so its name was changed to the Captioned Films for the Deaf program. Although the initial objective of the law was to provide subtitled Hollywood films to deaf people, teachers and other academic professionals were quick to recognize the potential of captioned films as untapped educational resources. Consequently, the Congress amended the original law to authorize the acquisition, captioning, and distribution of educational films. And since the DCMP is the modern manifestation of this program, its Golden Anniversary was celebrated from September 2008 to September 2009. Read about how the DCMP is making its own history and why the program itself, accessibility, and advocacy are worth more than gold.

[Editor's Note: This information was prepared in 2009 and is presented for its historical context.] 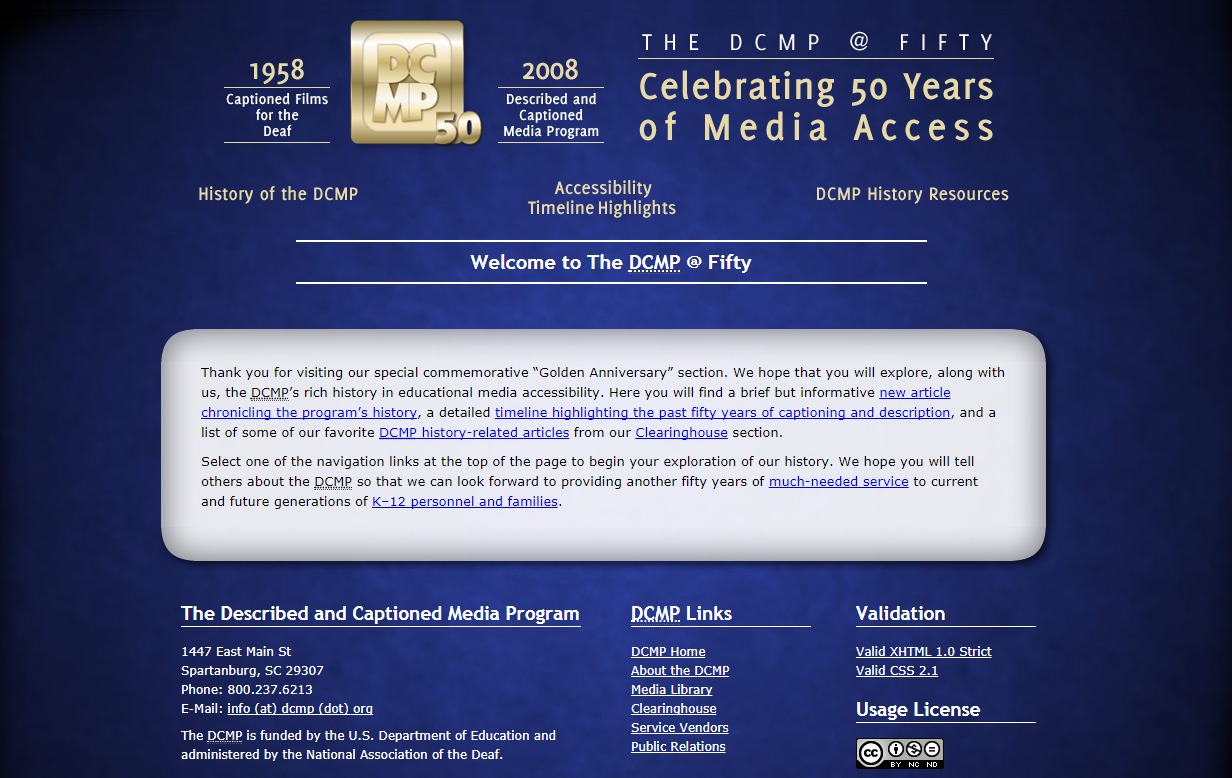