Over the years, there have been many great men and women who have contributed to African American history. During the month of February, thanks to Carter G. Woodson, founder of Black History Month, people from all around the globe give tribute to prominent African Americans and study their achievements. 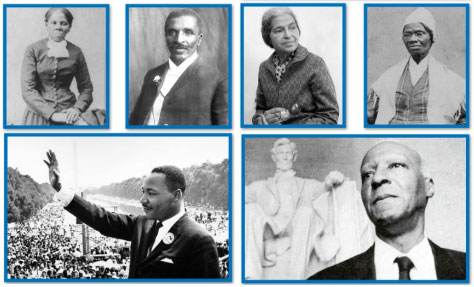 Notables include Mae Jemison, the first African American woman to travel in space; Sojourner Truth, orator, and women's rights activist, famous for her response "Ain't I a Woman?"; A. Phillip Randolph, who organized the Brotherhood of Sleeping Car Porters and achieved the first union contract signed by a white employer; Frederick Douglass, journalist and activist, who started his own anti-slavery newspaper, The North Star, and later published his autobiography; George Washington Carver, agricultural scientist, who discovered the many products that the peanut could yield; Dr. Martin Luther King, Jr., the leader of the civil rights movement; Rosa Parks, the determined African-American woman who refused to give up her seat on a city bus; and Dr. Percy Julian, a scientist and medical researcher who was responsible for the mass production of a drug (physostigmine) used to treat glaucoma.

Others recognized for their endeavors important not only to African American history, but also to the overall history of our country, are inventors, such as Frederick Jones (air conditioning), Granville T. Woods (automatic cut-off switch), and Garrett Morgan (traffic light). These are familiar names Americans have celebrated throughout the years.

But do you know deaf African-American leaders such as Dr. Andrew Foster (the first African American to graduate from Gallaudet University), Sheryl Emery (the founder of National Black Deaf Association), Linwood Smith (an author and a pioneer of mental health services for deaf people), Dr. Ernest Hairston (the education research analyst at the U.S. Department of Education and coauthor of Black and Deaf in America: Are We That Different), Curtis Pride (a professional and minor league baseball player), C.J. Jones (an internationally known deaf entertainer), Mary Herring Wright (author of the book Sounds Like Home, a story of growing up black and deaf in the South), or Claudia Gordon (the first African-American deaf attorney in America)? 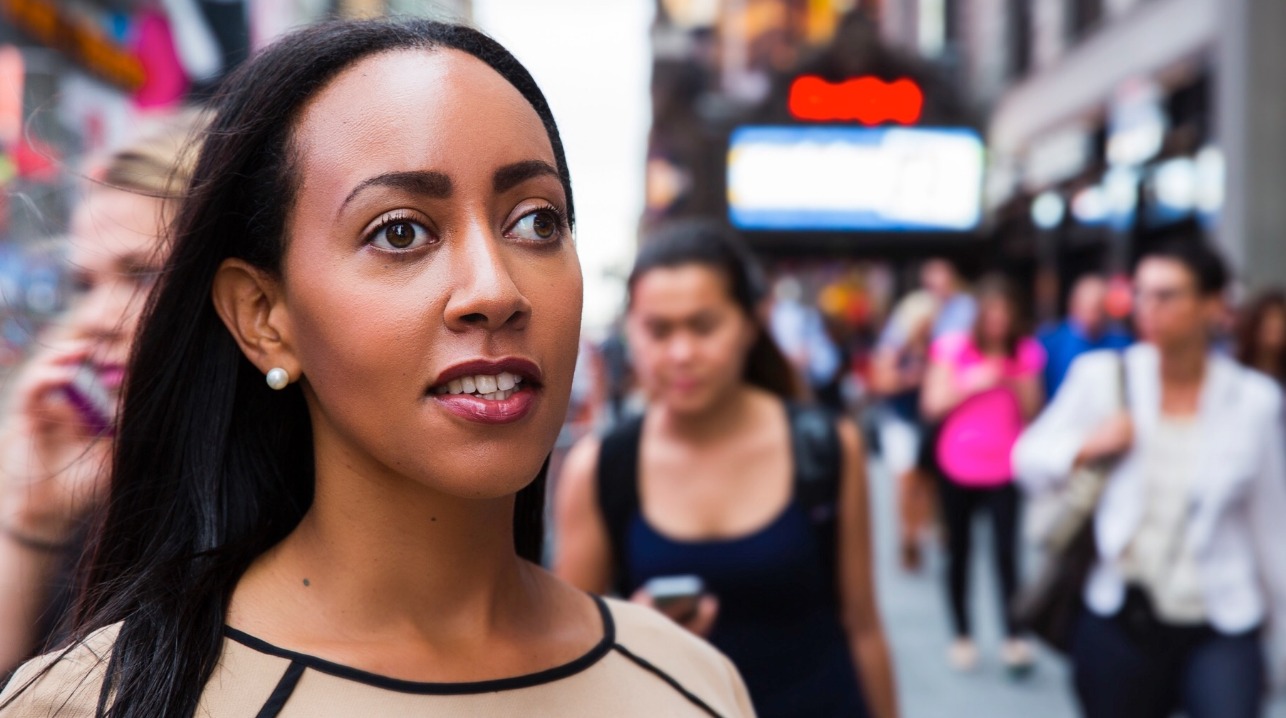 Or perhaps you've heard of blind African-Americans like Harriet Tubman (an abolitionist, humanitarian, and during the American Civil War, a Union spy), Ray Charles (an American pianist and musician who shaped the sound of rhythm and blues), Al Hibbler (an American vocalist with several pop hits), Haben Girma (the first deaf-blind individual to graduate from Harvard Law School), or David Alexander Paterson (the first African American governor of New York and also the second legally blind governor of any U.S. state)?

Their achievements too have impacted hearing and deaf African Americans in the United States.

As you study the lives and contributions of these individuals, remember that the Described and Captioned Media Program (DCMP) has a wealth of information to assist you. The DCMP, funded by the U.S. Department of Education (ED) and administered by the National Association of the Deaf (NAD), was the first to provide opencaptioned educational media titles related to African-American history and today houses the largest such collection in the nation. At no charge, teachers of K–12 deaf and hard of hearing students and their families may borrow DVD copies or view these materials online.

Don't miss out! February is the time for celebration of the achievements of both hearing and deaf African Americans, but we should celebrate our collective heritage every day! Captioned media from the DCMP can help you learn and celebrate year-round. 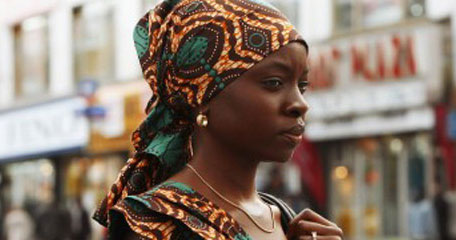 Black Deaf Culture Through the Lens of Black Deaf History 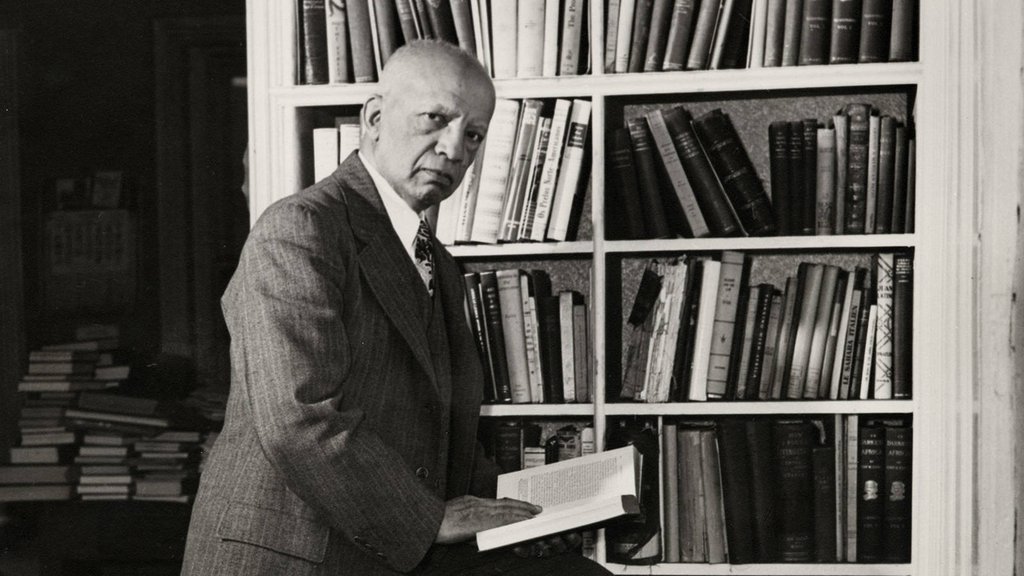 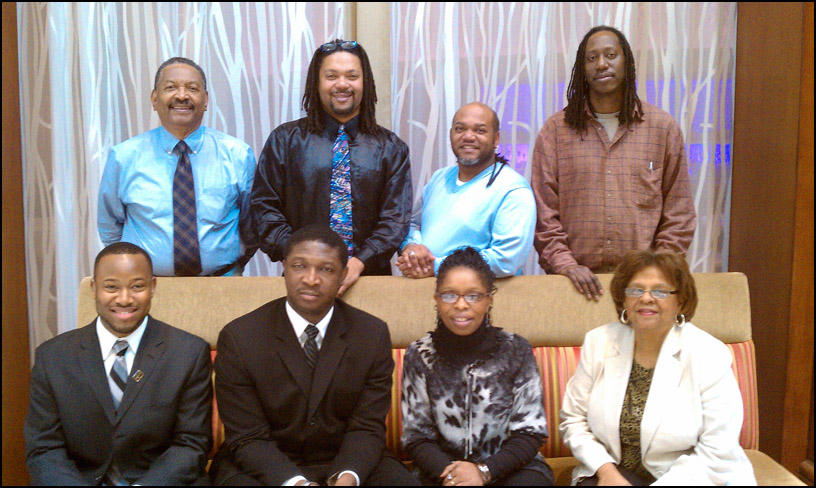 Ernest Garrett discusses how Deaf African Americans envisioned the need for a national organization focused on the needs of Blacks living with the experience of a hearing loss disability... Read more