This 2000 paper by Carl Jensema reports that deaf children might be totally ignoring captions on television programs until they are about seven years old and then start "utilizing captions bit by bit between the ages of seven and nine years. In other words, they may be ignoring captions until they have the reading skills to understand them, rather than utilizing captions to learn to read." Research was continued (at the Western Pennsylvania School for the Deaf) and reported on in the 2003 "The Relation Between Eye Movement and Reading Captions and Print by School-Age Deaf Children." Conclusions included affirmations that captioned television programs are complex reading material, requiring the reader to obtain information from both a moving picture and words flashed on the screen. Deaf children are supposed to "split his or her attention between the picture and the captions according to some personal formula that maximizes the information gained." Cites the use of the EyeGaze system, which was initially intended as a communications device for quadriplegics, to measure eye movement. Includes diagrams of eye movement patterns based on the age of the participants. 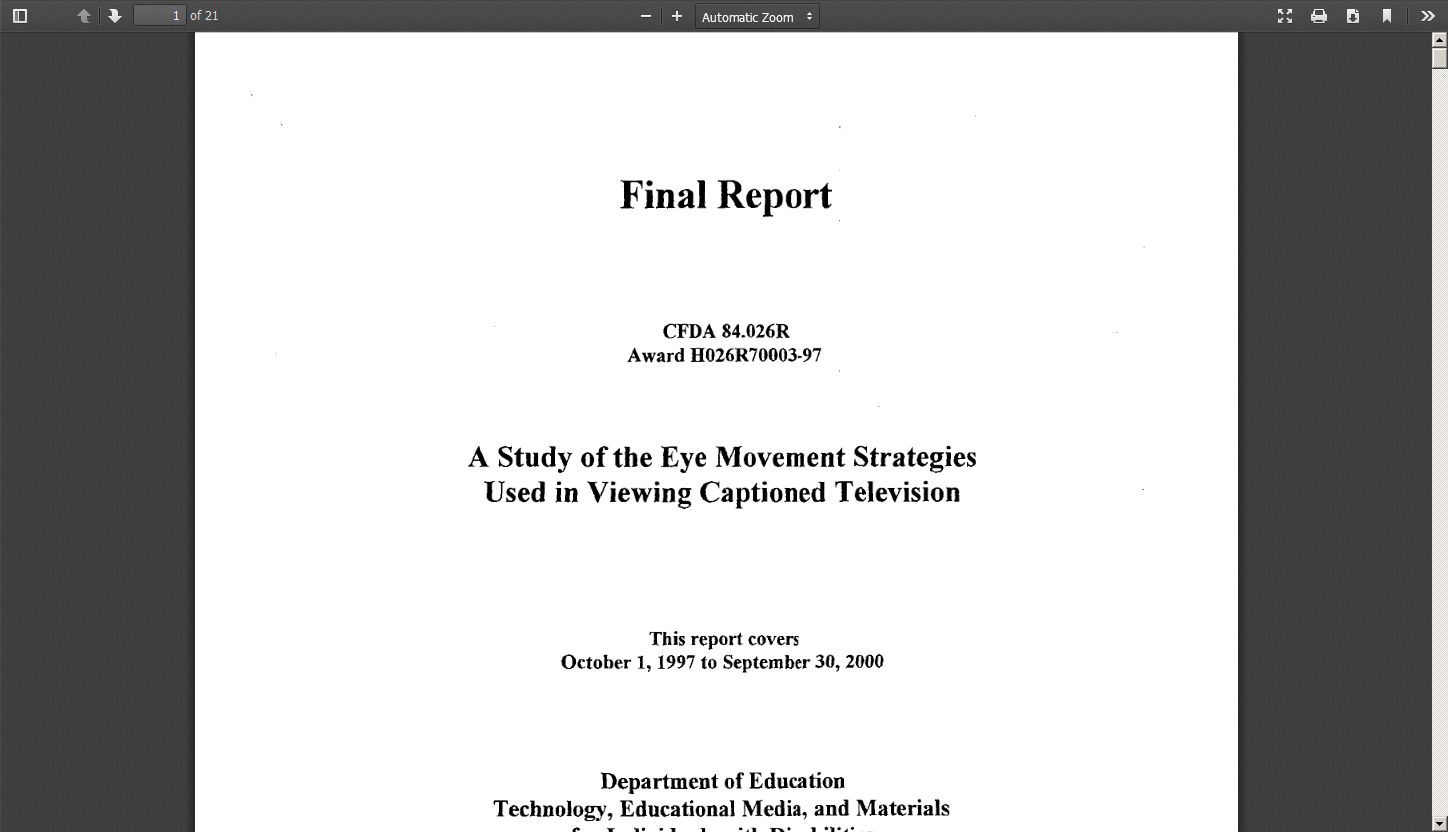