Hatching Of A Mojave Desert Tortoise 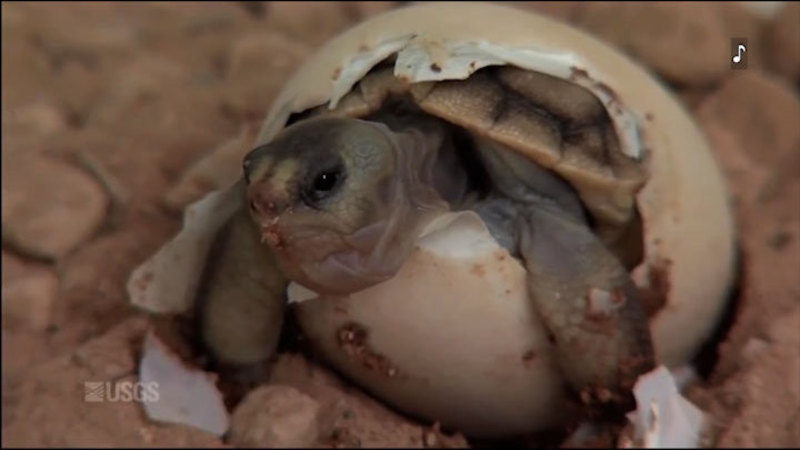 (Describer) Titles: USGS – Science For a Changing World. The incredible images you are about to see here capture the beginnings of the life form adapted to extreme environment of the Mojave Desert. The hatching of a Mojave Desert Tortoise is the continuation of a sixty million year process for this threatened species. The goal of the USGS research program on the Desert Tortoise is to provide the scientific information necessary to manage desert environments to allow the species to recover and escape the threat of extinction.

(Describer) Five eggs with X’s marked on them sit on dirt in a container. One has a small hole at one end.

(Describer) Something pushes through the hole against pieces of shell.

(Describer) Viewed more closely, a nub with small scales on it keeps nudging through the hole, against a white shell layer under the darker outer shell.

(Describer) Later, the piece of shell from the hole has been moved aside as a mouth moves under the nub.

(Describer) Other pieces start to crack around the hole as the baby tortoise pushes down.

(Describer) A piece of shell flakes off, leaving the thin white layer.

(Describer) Later, more along the bottom of the egg is cracked. The baby turns, sticking out its head and pushing down with a foot. It opens and closes its mouth.

(Describer) Later still, the head is out of the egg, with both front legs pushing out and up and the front of the shell uncovered. The baby’s mouth is closed, but its small black eyes are open. It bends its front legs and pushes them straight, stretching its neck which has little folds around it.

(Describer) The baby isn’t out of the shell yet, but it does turn itself around with the remaining shell on its back.

(Describer) Another baby tortoise hatches, with one side of its head looking and its left front leg sticking out. The thin white layer bends around its head as it turns.

(Describer) It pushes on its right side, and that front leg comes out, getting more of its shell out too.

(Describer) It turns with the egg, stretching forward.

(Describer) Later, it’s about halfway out.

(Describer) It bends down to the dirt, where it can get a hold so the front legs can pull it out further. One of the back legs appears to help.

(Describer) It gets out of the egg, with a red sack under its back end.

(Describer) Title: The yolk sack is absorbed over several hours. It gives the tortoise a nutrition reserve for its first few months of life.

(Describer) Out of the five eggs in the container, one tortoise has completely left its egg and another egg is cracked.

(Describer) The five eggs are shown again before hatching started, then after the hatching is over, with five baby tortoises in the container.

(Describer) Another tortoise walks with an eggshell on its back and a piece of the white layer on its face. It pushes off another egg as it reaches up the side of a container.

(Describer) A person wearing gloves moves that tortoise to another container where it can walk around with other babies, leaving remaining eggs to hatch.

(Describer) Another tortoise wearing an eggshell stands on its back legs reaching up a wall in the corner.

(Describer) It flops over on its back.

(Describer) It’s turned right-side-up as a baby without an eggshell crawls over it, then it moves on, pushing against the dirt in the container.

(Describer) The first baby wearing an eggshell, this one with an X on it, moves on too.

(Describer) Outside, an adult tortoise walks over rocky ground.

The United States Geological Survey (USGS) conducts research on the Mojave Desert Tortoise, and part of the research includes ensuring the survival of the species. This short clip depicts the hatching on new Mojave Desert Turtles. 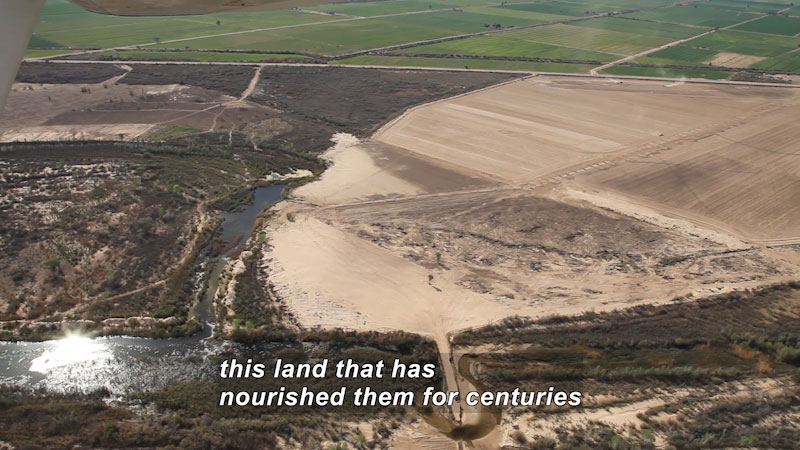 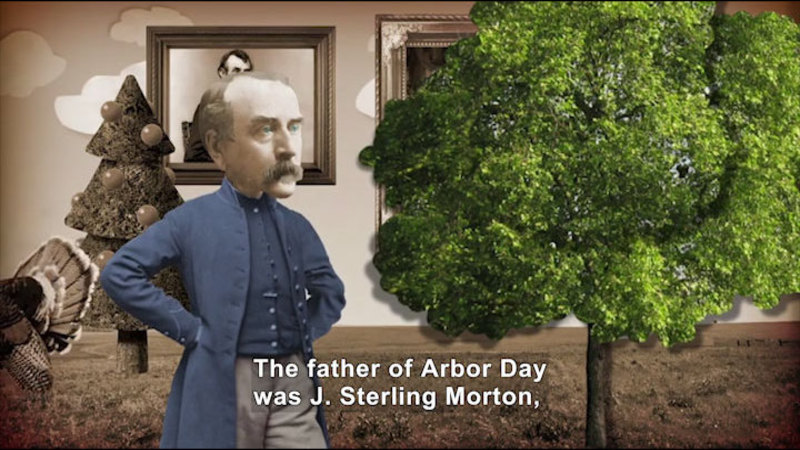 All About the Holidays: Arbor Day 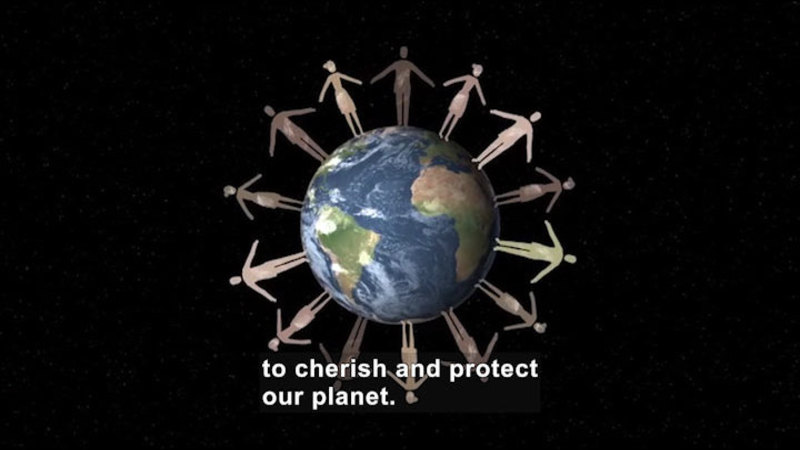 All About the Holidays: Earth Day 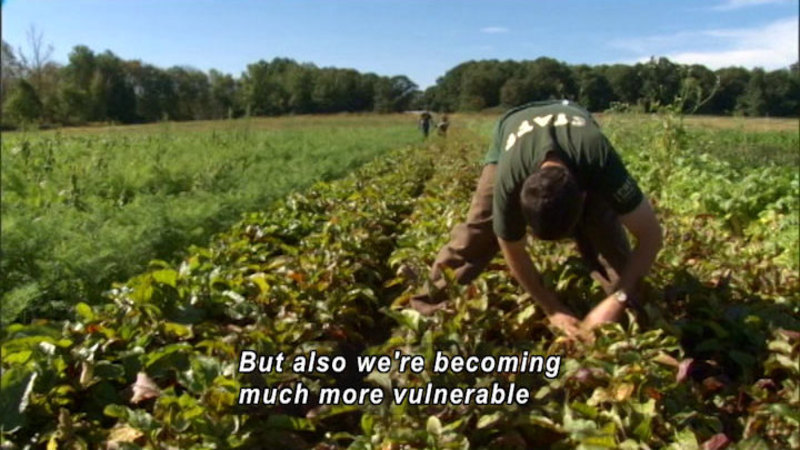 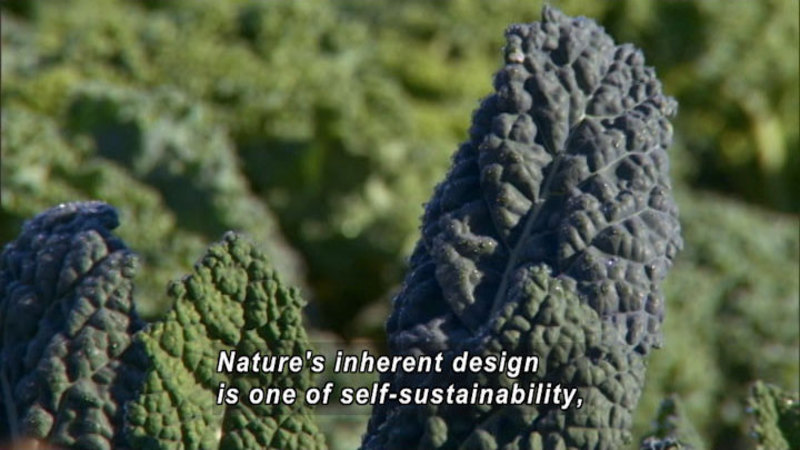 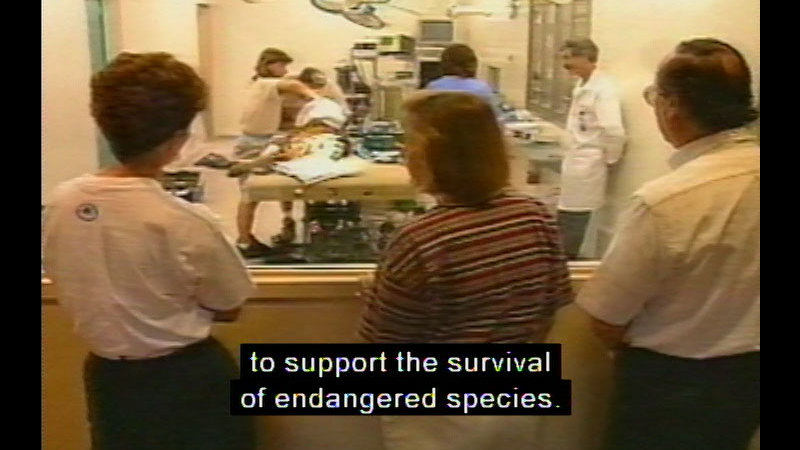 Biocomm: Biology In A Community Context 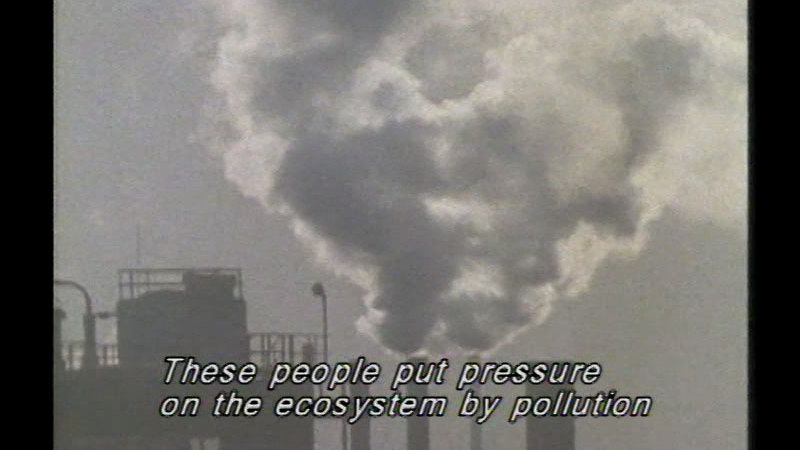 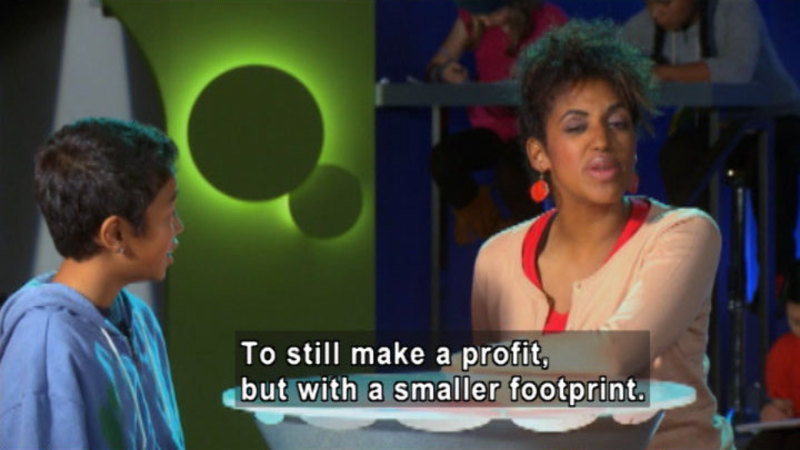 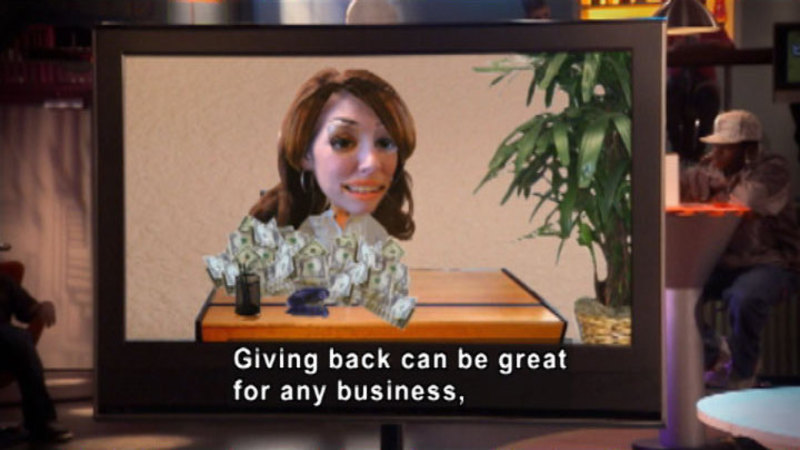 Biz Kid$: Businesses That Give Back 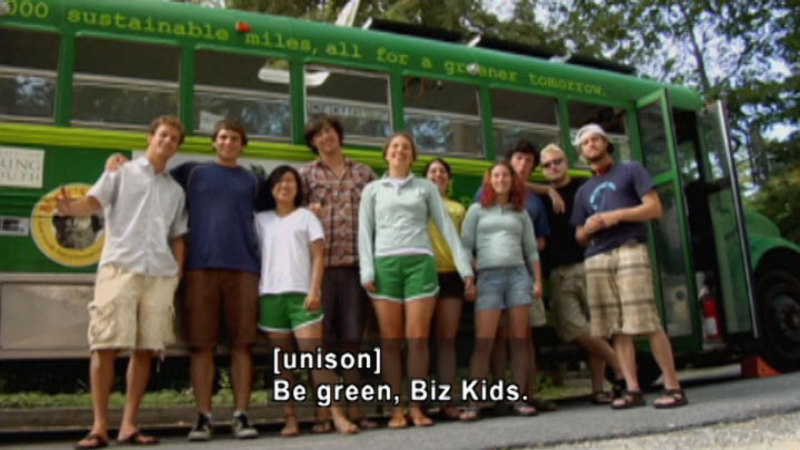 Biz Kid$: The Green Economy And You