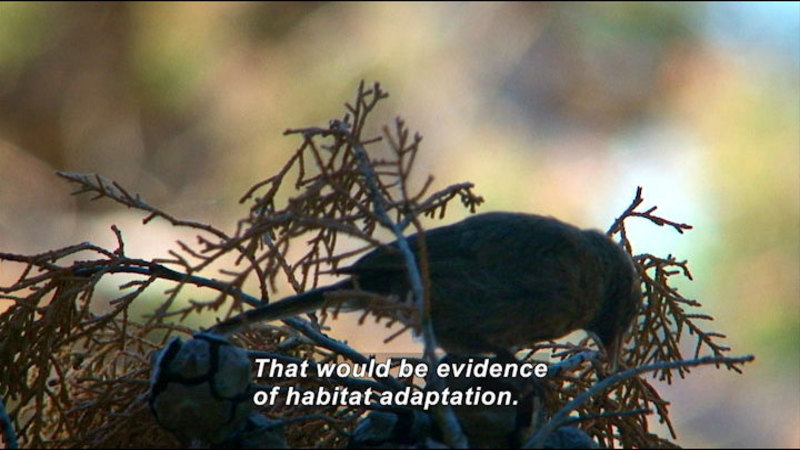 (female narrator) Not all juncos that live in Mexico have yellow eyes.

(Describer) The flag flies over a city.

And not all of them inhabit the main continent.

(Describer) The city has a harbor.

One hundred fifty miles west from the coast of Baja, a small island rises from the depths of the Pacific Ocean.

(Describer) It's shown on a map.

Measuring just 22 miles long by 7 miles wide, Guadalupe Island is home to a mysterious population of juncos. Little is known about them because getting there is complicated.

(Describer) A man stands at a gate near barbed wire fences. Flags fly on top of a ship.

The only way to reach Guadalupe is to ride with the Mexican Navy from the port of Ensenada.

(Describer) The team gets out of a van near where the ship is docked.

Guadalupe and the surrounding islands are protected ecological reserves, and access is strictly limited. No civilian ships are allowed to land.

(Describer) They ride on the ship.

The navy makes bimonthly supply missions that provide basic necessities to a tiny fishing village and a small naval outpost. Only a handful of biologists and conservationists are allowed to tag along to study and protect the many endemic plants and animals found on the islands. For Doctor Ellen Ketterson, who has spent nearly 40 years studying juncos, getting to the Guadalupe Island population fulfilled a life-long dream. Along with her collaborator, Doctor Borja Milá, the research team set out to collect some of the first modern data and samples from the mysterious Guadalupe junco. Traveling through the night at speeds up to 30 knots, it took nearly 24 hours of nonstop sailing before land was in sight.

(Describer) Someone looks through binoculars.

(male) What blows my mind is how the juncos got here. This ship was going pretty fast all night long.

We're a couple hundred miles from the Baja coast. To get out here and imagine how you could have a flock of juncos make it this far out in the ocean and then just happen to find suitable habitat, just found a population, is mind blowing. But if you think about the probability-- millions of dispersing birds over hundreds of thousands of years, the probability becomes a possibility. And...hopefully, we'll find them soon.

(Describer) Sun peeks through clouds over part of the island. Alfonso Aguirre:

(male) It's a very unique experience because it's getting to a very isolated place. This is a volcano that came out 5 kilometers. So it goes well into the depth. And then above that, we have 1.3 kilometers. So the whole thing is 6.3 kilometers. If you take away the water, it would be much larger than any mountain in America.

(Describer) Two dolphins leap in the water beside the ship.

Getting there is very, very impressive. You will see the trees on top of the ridge. You will see fabulous cliffs. Some of them close to 1 kilometer high. So it's fabulous geology. Not very old-- it's 8 million years old. It's amazing what evolution can do. It's basically the edge of the Galapagos, basically the edge of Hawaii. You'll see what evolution does. We think it needs thousands of millions of years, but in 8 million years, you get a lot unique things.

(Describer) An officer works on one side of the ship, and a small boat heads away from it. Mija and Ketterson are among those on board.

You will see the elephant seals and the Laysan albatross and then the puppies of the Guadalupe fur seal. It's an amazing thing to observe and experience.

(Describer) They reach land, with a couple huge rock islands behind them.

(Describer) Ketterson watches the equipment get unloaded, then helps the team and some troops.

(narrator) Landing on the island's southern end, it would still take several hours driving to find juncos. Today most of the island is a stunning but tragically barren landscape covered with invasive grasses.

(Describer) They ride in a truck.

In the early 1800s, French and Russian sailors found Guadalupe covered with trees and native plants. More than 40 endemic organisms found nowhere else in the world, including flowers, birds, mammals, and spiders once called Guadalupe home. But the introduction of goats to feed the sailors had devastating ecological consequences. With no predators, over 100,000 goats were soon running wild, stripping the island of nearly all of its native vegetation, resulting in several extinctions. After decades of battling the goats, Mexican conservationists from the NGO Conservación de Islas finally eradicated them in 2007. The heavenly setting once found throughout the island is now limited to small patches of recovering habitat on the northern end.

(male) Once on top, you will be on top of the clouds. You will walk and the clouds will be below you.

(narrator) Along with a handful of other forest birds, the Guadalupe juncos inhabit a mere 300 acres of cypress groves, all that remains of the forests that once covered the entire island. The limited habitat supports only a few hundred breeding pairs. The island is extremely dry, making the forest patches susceptible to wildfires. A single cigarette butt or wayward campfire could literally wipe out the junco population in a matter of hours. In such a dry habitat, birds are quickly attracted to even the smallest sources of water. The scientists found an abundance of juvenile juncos, which lack the richer plumage colorations of the adults. The high number of juveniles indicates that the juncos are reproducing successfully, despite the limited habitat and threat of introduced predators.

(Describer) Ketterson sits on a log watching a junco.

The juncos and other birds on Guadalupe are extremely tame, a phenomenon observed on many islands where colonizing animals evolve in the absence of predators they left behind on the mainland.

(Describer) A tall pole is set up.

With so little known about the juncos here, the team set out to collect basic information on the birds' physical characteristics, behaviors, and songs. Importantly, blood samples were collected for a long awaited genetic analysis of the Guadalupe junco's evolutionary history.

(Describer) A bird perches on the back of Mila's hand.

We made it to the Island of Guadalupe off Baja, California. This is an endemic junco race. Whether it's a race or a separate species, that's what we're working on. But very brown, no red on the back--that's new. One difference is the bill. It's much longer and pointier than in the other species in the mainland. We have quite a bit of white compared to the races in Guatemala and Chiapas.

(Describer) One sits on a thin branch.

(narrator) Until recently, the origin of the junco on Guadalupe has been an unsolved mystery. Their feather coloration is most similar to the pink-sided juncos in the Rocky Mountains, and they have dark brown eyes. Both feather color and eye color have led to the classification of the Guadalupe junco as a race of the dark-eyed junco species. But the DNA samples collected on Milá and Ketterson's expedition revealed that the Guadalupe junco is most closely related to the Guatemala junco in Central America, which has a yellow eye. This finding reveals how physical traits like eye color or feather color can sometimes be misleading in understanding evolutionary relatedness. The analysis also indicated that the Guadalupe juncos were highly differentiated genetically and should be classified as an independent species.

Gaining status as a unique species could help this critically endangered population to receive further protection and conservation. An important future research goal is to understand how natural selection may have shaped the evolution of the Guadalupe junco's unique characteristics.

We've been trying to come up with an explanation as to why the Guadalupe junco has this very pointed bill. It's much longer, the comb is much longer, and it also has this-- very pointy at the end, to the point that the upper mandible sticks out over the lower mandible in many cases, Which looks like a forcep-type bill. You will see in birds that feed on pine seeds, for example. Obviously, there's this very strong association with the cypress forest here in Guadalupe. Most of the seeds that are available to the junco come from these structures.

(Describer) He holds one.

So the seeds are held inside these pods that they open when they fall to the ground and dry out. When they're in the tree, they're completely closed. They look like this.

Then they will open a little bit and then eventually they open completely...

and the seeds fall out. It will be interesting if this is related to the shape of the bill. That would be evidence of habitat adaptation. That would explain this morphological feature of the Guadalupe junco.

(narrator) Guadalupe Island's beauty is rivalled only by its fragility. While the expedition raised dozens of questions for future research, we can only hope the birds and their tiny patch of habitat will endure long enough to provide answers.

Accessibility provided by the U.S. Department of Education

Researchers hitch a ride with the Mexican Navy to visit the breathtakingly beautiful but critically endangered island habitat of Guadeloupe Island. Led by Drs. Borja Mila and Ellen Ketterson, the team sets out to collect some of the first modern data and genetic samples from the juncos found on the remote island, with the goal of learning the origins and evolutionary history of this mysterious species. What they find could have important implications for the future of this fascinating but imperiled population of juncos. Part of Ordinary Extraordinary Junco (Chapter 5). 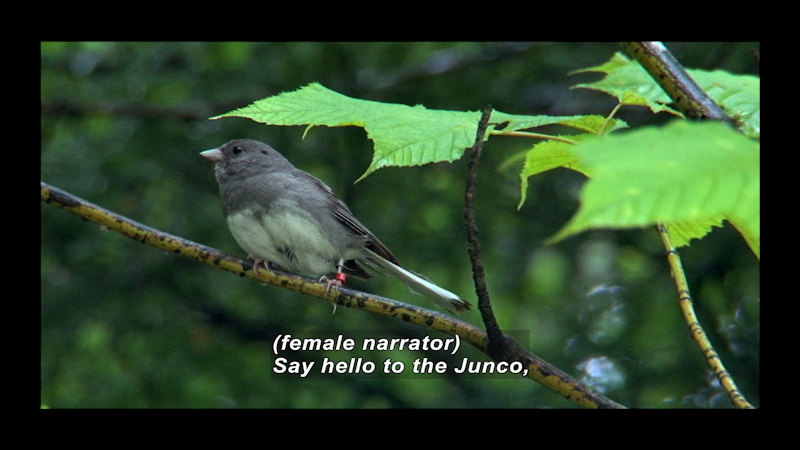 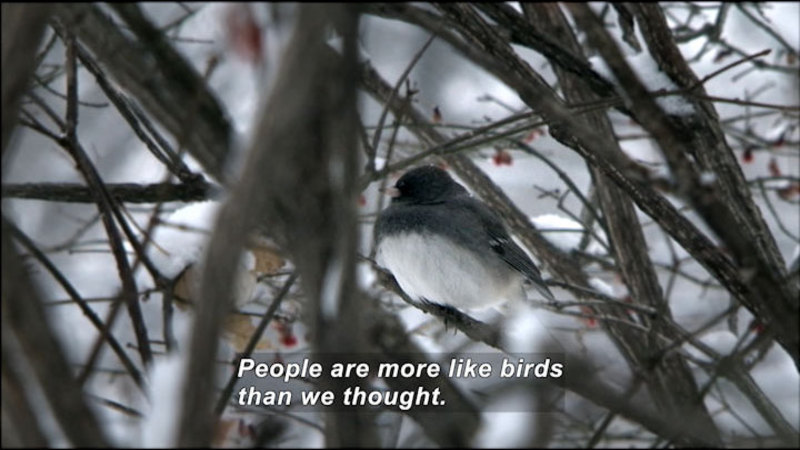 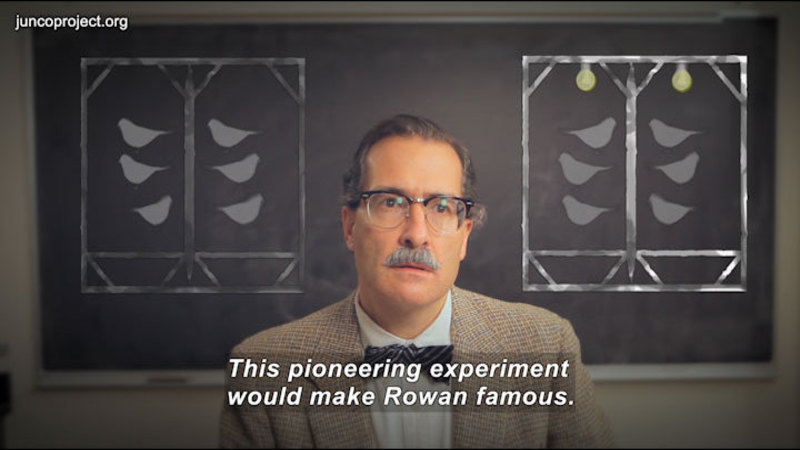 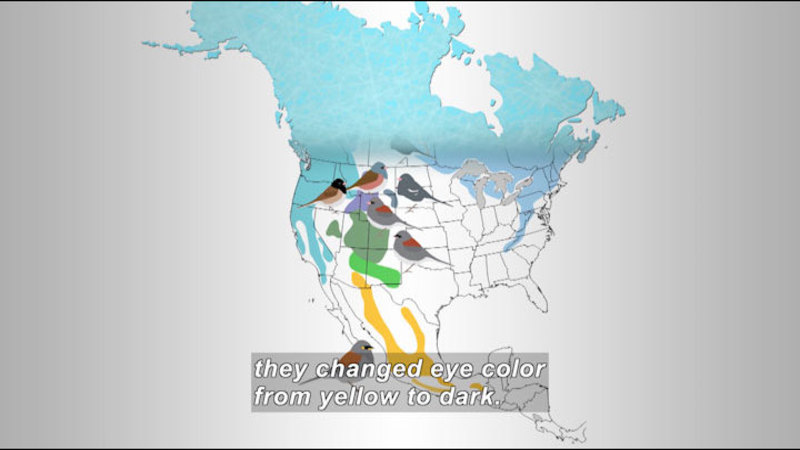 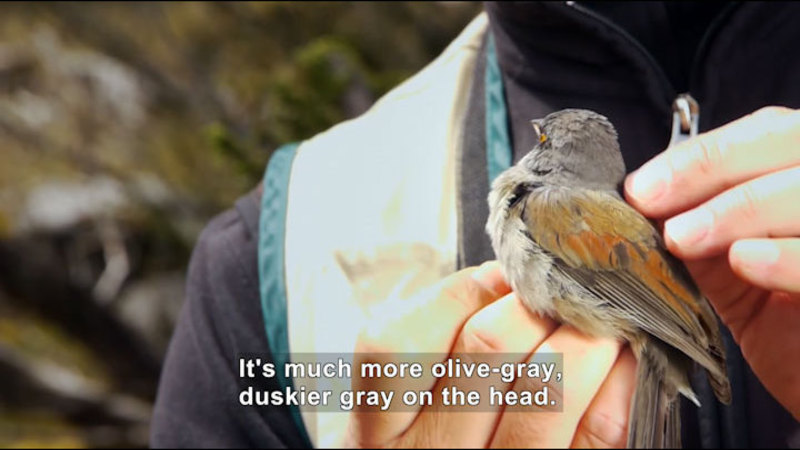 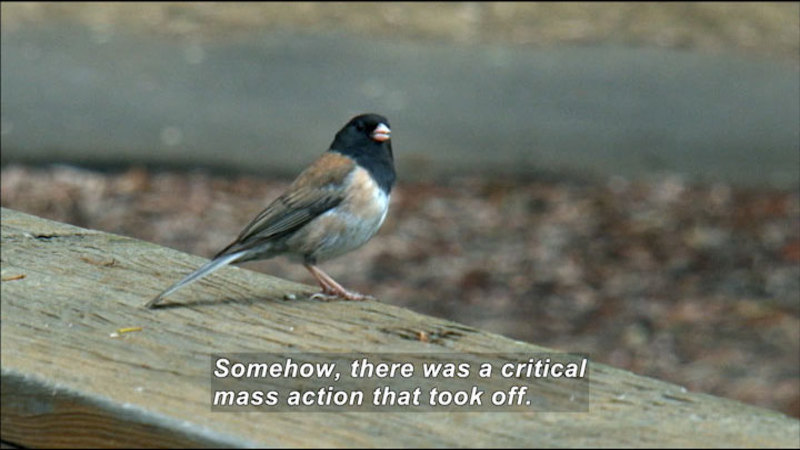 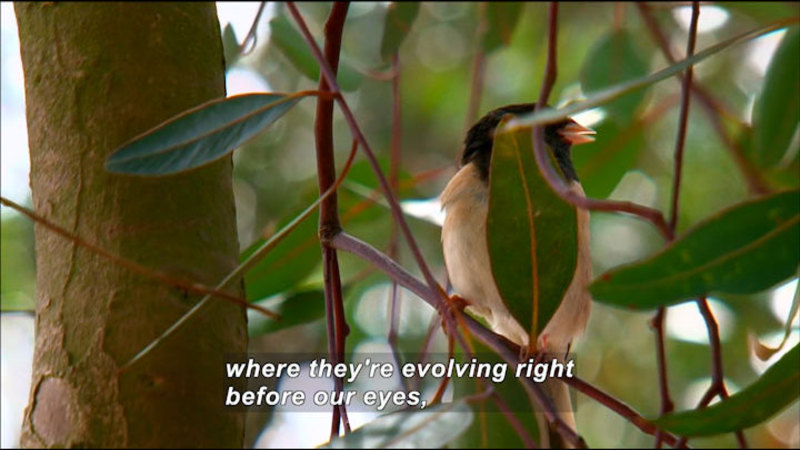