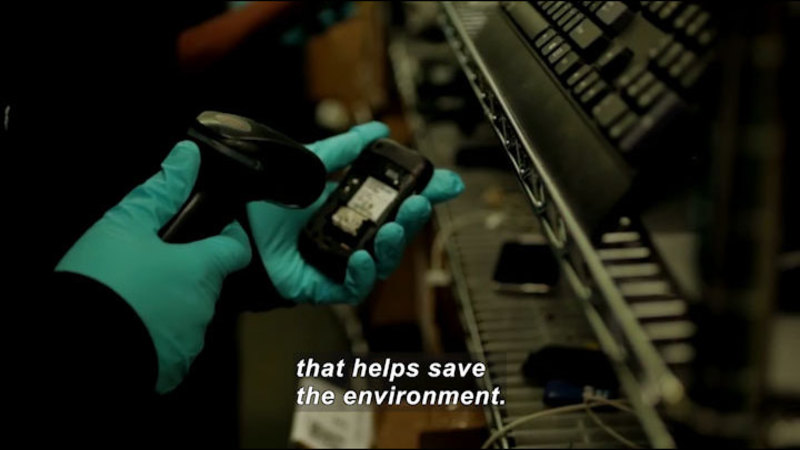 (Describer) In an animation, two people carry a sofa, then drop it. Two legs on one side of it break. The people walk away. Title: Scientists and Engineers on Sofas and Other Furnishings. A chain and hook from the first E in “Engineers” lifts the fallen side of the sofa.

(woman) When the founder of the cell phone recycling company,

(Describer) Walking down a hall...

ecoATM, came to town, I couldn't pass up the opportunity to talk to him about the value of science-based business. The NSF's Small Business Innovation Research program gave start-up funding to ecoATM in 2011, because it turns out, it takes many high-tech tools to turn old electronics...

(Describer) On a flip-phone...

Yeah, I'll be right down. into a commercial enterprise that helps save the environment. I'm Sarah Bates. I sat down with entrepreneur and ecoATM founder Mark Bowles to learn more about the innovation behind the kiosks making a difference in the world.

It's a problem when phones aren't recycled. There's arsenic, lead, and other bad stuff inside. Yeah. There's two sides-- the easy side everyone knows is electronics end up in the landfill, break down eventually, some of them have nasty stuff that gets into the water table. It takes hundreds of years, but it's not good. Keeping them from landfills is one thing, but a bigger side is creating mobile phones. When you throw it out-- you're tired of your iPhone

(Describer) They sit on concrete benches.

after 18 months, and get a new one, that phone still has life in it. Maybe two, three lives. Some people want that. If you give it to the next guy and the next, that stops the creation of another phone from scratch. Then, the end-of-life ones, let's say it's done, and then you reclaim the metal from that, you don't have to mine that from the ground.

(Describer) Trucks drive through an open-pit mine.

You did get a Small Business Innovation Research grant from the National Science Foundation? I did. Why is this a project that involved innovation? What is the fundamental research

(Describer) At an ATM labelled “instant cash for phones”, a young man puts a sticker on a phone, which he places in a drawer that closes.

behind the device itself? So it's an interesting machine vision problem. Our cameras look at the phones. Machine vision usually looks for, "it's not like this"-- looking at parts going down a production line and looking for the errors. Many of these phones are rectangular black sheets of glass without many different features. They look similar. Very similar. Machine vision wasn't applied to a problem with 4,000 to 6,000 different things that look similar, but you must identify each separately in a three-dimensional database, and then you have to not only identify them, you must grade them: how's it broken and how badly? I had a little background in facial recognitions technology, and thought we could apply it to this. There's many steps involved in having the machine scan the device, Yeah. and making sure that it works. But you accept all cell phones? Yeah, we take them all, if we can identify them as phones. It won't take a banana. Some phones are worth not very much. Not very much. The end of life. This is a classic...

(Describer) She opens her flip phone.

That's a classic-- that's a good word, yeah. flip phone. Yeah, so would this be worth at least a dollar? It's worth a dollar. We'll pay a dollar. We can sell it for a dollar, $1.25 to the smelter that will reclaim it. When it's processed and shipped, we lose a few dollars, but it's our brand promise to retrieve them. We'd rather you give them to us instead of a landfill.

(Describer) Seagulls swarm over a landfill.

I can see the use of ecoATM for environmental reasons. The environment wins, right? Mm-hmm. The person with junk in their drawer that would've ended in a landfill, they get money. The retailer wins, bringing the phones in, turning it into cash in our machine. Most of that is spent in the store. The person downstream wins, because they get a phone they couldn't afford otherwise. EcoATM wins, we make some money in the process. You talked about this earlier, why it's important for an agency like NSF to give you that seal of approval? The fact that we got through the NSF's filter

and were selected as a grantee was a real nice-- credibility begets more credibility, and many times when you're trying to raise money, get customer attention, or anybody having some baseline credibility, the NSF brand carries tremendous weight. You started as a small company, a startup. We started as an idea in a coffee shop. Now, you're how many strong? Today, there's over 270 employees direct, maybe another 100 indirect, and NSF helped in that process, and it's created many jobs and much success. It was just a few years after your initial SBIR that you were acquired by-- Is it an acquisition? It was an acquisition. Outerwall bought us in July last year for $350 million in cash. Wow. And so we're part of the family now. I'm going to visit an ecoATM and get my dollar. All right. There you go. Although, it's worth

(Describer) She shuts her phone.

at least a dollar and one cent, I think. Thank you for coming by. You're welcome.

(Describer) The title Scientists and Engineers on Sofas and Other Furnishings is pushed aside by the round logo for the National Science Foundation. Funding to purchase and make this educational program accessible was provided by the U.S. Department of Education. Contact the Department of Education by telephone at 1-800-USA-LEARN, or online at www.ed.gov.

Mark Bowles, founder of the ecoATM, talks about the high-tech tools needed to turn flip phones and old electronics into a successful commercial enterprise that helps save the environment. They have kiosks placed all around the United States where people can turn in their unwanted electronics for cash. By recycling unwanted cell phones, ecoATM is able to cut down on the creation of new phones. Instead of purchasing and consuming endless numbers of new phones, ecoATM allows people to buy used or refurbished phones. Part of the Scientists and Engineers On Sofas Series. 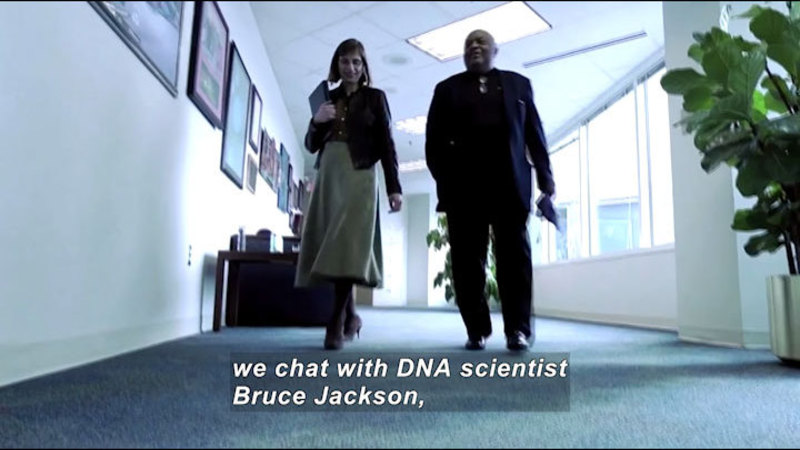 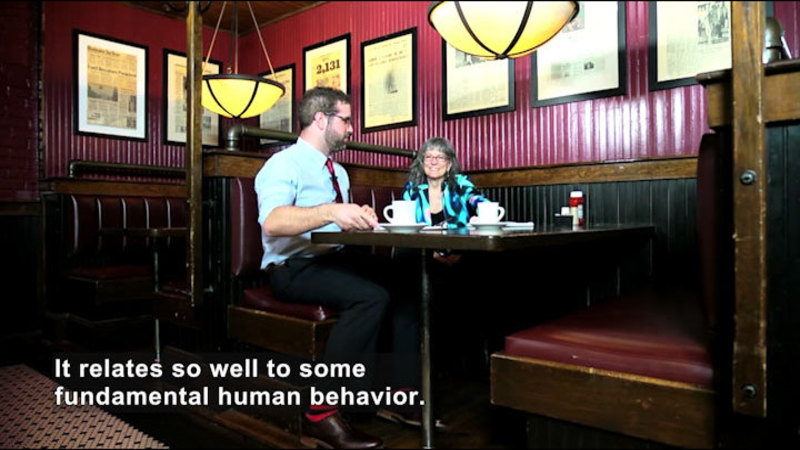 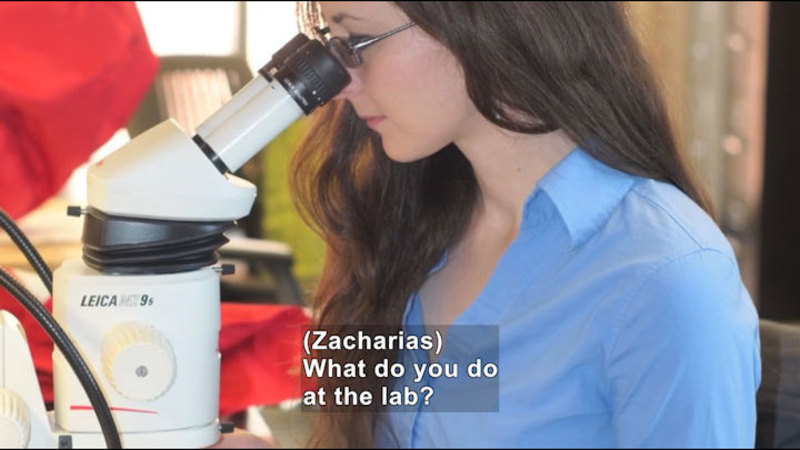 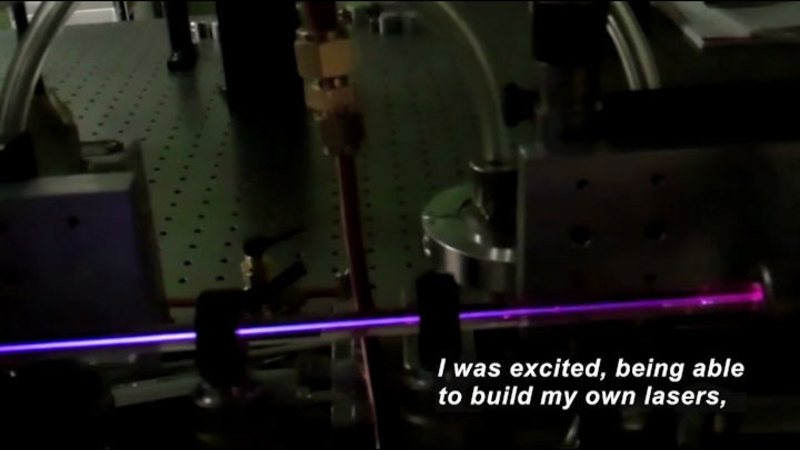 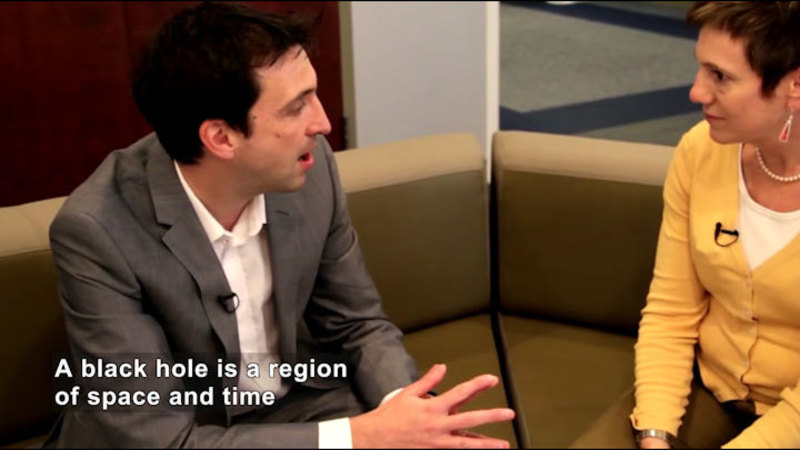