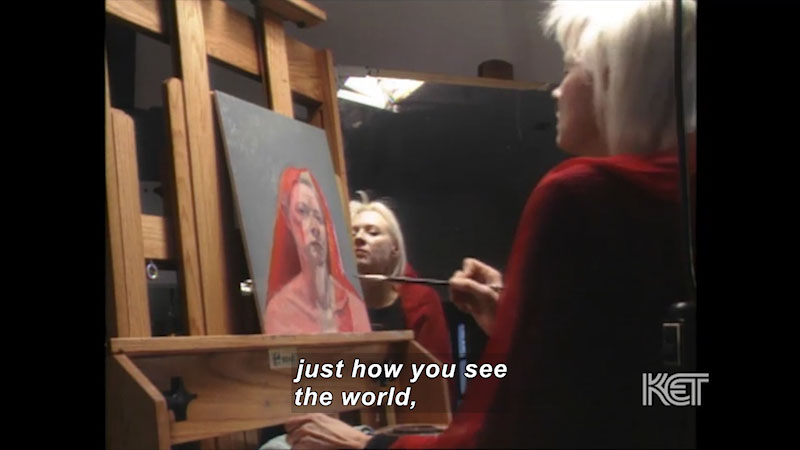 (Describer) A woman with sheer red fabric draped over her head looks from a mirror to a self-portrait she's painting.

(Describer) She puts a brush in grey paint on a palette, and paints around the outline of the fabric. Title: Gaela Erwin, Louisville Kentucky.

(Erwin) The medium or the material, to me, is almost second nature. I have a certain system of mixing. I know where the colors are. I certainly have an organized approach to it. Take, for example, the "Self-Portrait as a Bride." And in that painting, as in any painting, you have to have an idea first what you're going to do. Especially since my genre right now is self-portraits, they do need to have some kind of difference, one from the other. One of the ways I thought that might help me keep my interest in that was to invest myself in some sort of costuming. I knew I had a collection of antique bride gowns. I thought this would be an opportunity for me to develop my interest in painting fabric. The great painters like van Eyck, Rubens, all of those great masters, were certainly well schooled in how to paint fabric.

(Describer) In the painting, she frowns and holds a red bird.

I would roughen the gown, but immediately the head would become the focus, because, if the head did not come out well, I didn't have to worry about doing the gown. Usually, I have two paintings going at once. The larger paintings take at least a year, maybe two.

(Describer) In another painting, her eyes are closed.

Painting myself, painting my own image, is something that, for me, requires a likeness. I'm not happy if it's... if it does not represent actually my features. So I feel constrained to... working very carefully to achieve that goal. Very interested in form, sculptural form, but you have to do eyes, and nose, and mouth, and chin, hair, and neck. Those are things that have to be in a painting.

(Describer) In another, she crosses her arms.

I will say that revising is a constant. It's not unusual to have the background revised four or five times, or body parts. So that's a fairly typical procedure for me, is to...look at the work and live with it for a while and revise it, scrape it down, revise it yet again. It's only after I've lived with it for several months before I can really see what I think are errors in the way the painting is holding up.

(Describer) She paints the red of the fabric.

What I don't want to be is a portrait painter, per se, who is locked into the specificity of painting the features of the head. I'm very interested in paint and what can be done with illusionistic space and just the sheer quality, or the joy, of putting paint down and playing with it.

It's a very difficult process to stay on this theme of painting myself. It requires me to look at myself six or seven hours a day in the mirror. The boredom factor can be significant. I think those psychic states are what I pay more attention to, or what are difficult to weather. It sort of channels you into your inner psychic soup. I know all artists engage in that every time they go in the studio. When you're working with your own physical features, somehow it becomes more personal, and I think you get there faster. I think what most people pick up on, when they look at a self-portrait, is the intensity of the gaze. For me, painting is very exacting, very demanding. It's exhausting, emotionally and physically. So, what you're often seeing is the manifestation of that on my face. Having spent the day in the studio can really put you in a place of high anxiety, certainly for me. I'm a fairly anxious person. But when I have to spend all day looking at myself and working in solitude, where there's nothing to keep me from entering that very private place where you deal with past memories, just how you see the world, all of these sorts of things that I think flood your consciousness when you have no distractions--

(Describer) She pushes away the easel holding the painting.

The face that they look at, that can be arrogant in appearance and very off-putting, or that looks maybe slightly neurotic, will be mirroring a place in the viewer themselves that will resonate on that level and strike a chord.

(Describer) Another has a bird by a window.

I think one of the subtexts of my work can certainly be issues of mortality and resurrection. And the bird symbol, which does crop up, certainly can be seen as a symbol of the spirit of the soul. I often will use a bird in my painting, and I'm never sure what it means at the time. So, as I'm using different motifs now, I'm pretty clueless. But in two years from now or maybe a year from now, I'll say, "Oh, that's what I was working on "on a subconscious level. That's what that was about." I'm hoping that those symbols will mean something to the viewer, and they can imbue their own ideas or feelings about that symbol in a personalizing way. Accessibility provided by the U.S. Department of Education.

As she works on a self-portrait, artist Gaela Erwin talks about her interest in the genre. She also talks about the revision process, how painting self-portraits causes her to look inward, and issues of mortality and resurrection that are often the subtext of her work. Part of the "Visual Arts Toolkit" series. 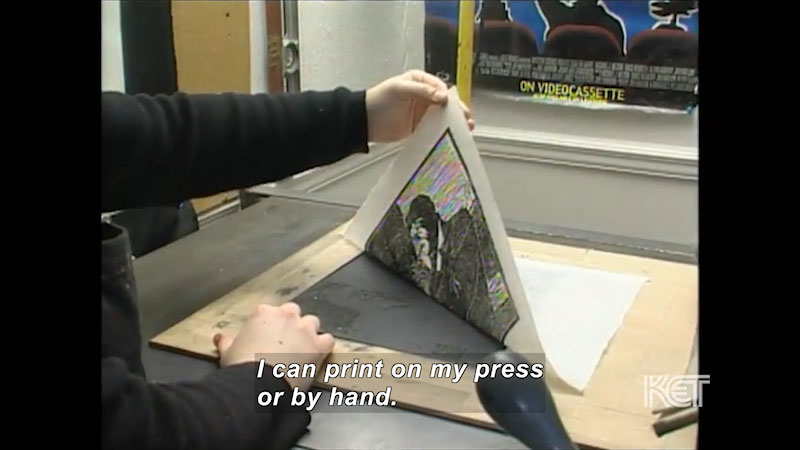 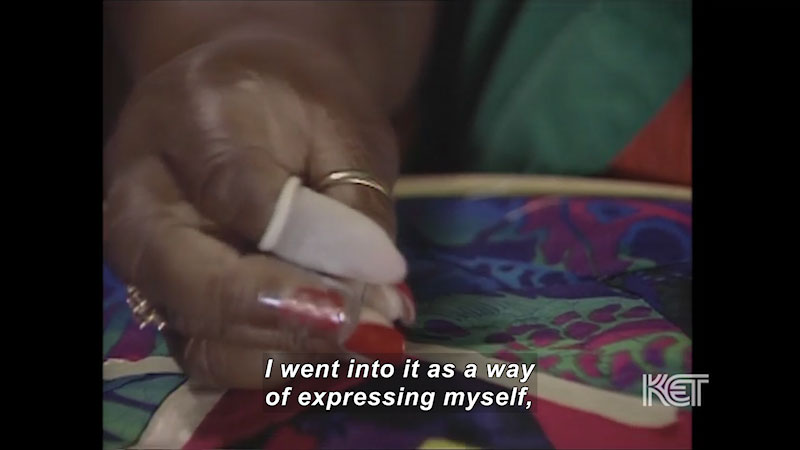