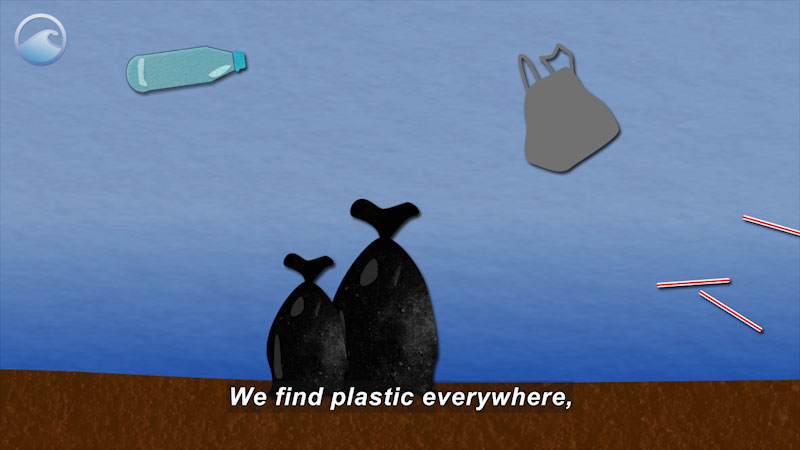 (woman) Why is plastic marine debris so common?

We know there's trash in the ocean. A lot of it is plastic. We find plastic everywhere, from the ocean floor to surface. The plastics are all shapes, sizes, and types. We find plastics on beaches, and also inside animals' stomachs or wrapped around their bodies. That's bad news for our ocean and animals in and near it. It's also bad news for us. A study from the University of Georgia estimated that eight million metric tons of plastic trash enters the ocean yearly. That's like five bags filled with plastic on every foot of coastline in the world. That's a lot of plastic in the ocean. We put it there. The five most common items found during the International Coastal Cleanup are plastic cigarette butts, food wrappers, plastic beverage bottles, plastic bottle caps, and plastic straws and drink stirrers. Notice anything in common with those? It's a lot of single-use, disposable plastic. It goes without saying-- we produce too much waste, which ends up in the ocean when we litter or don't recycle. Plastic is an important part of modern life. We use it for good things, but we're responsible for how much we use every day and where it goes when we're done with it.

(Describer) Some floats under people on a dock.

The three "R"s help. It's up to us to practice them. Reduce your use of disposable plastic. That's anything you use once and throw away. Use less. Reuse disposable plastics when possible. A plastic bottle makes a piggy bank or watering can. The possibilities are endless. Recycle what you can to keep it out of landfills, where trash can blow away. Ocean plastic is a huge problem that's only getting worse, unless we change our ways. We can do better, for the ocean and for us.

Why is plastic marine debris so common? A recent study from the University of Georgia estimates that 8 million metric tons of plastic trash enters the ocean every year. The 5 most common items found during the International Coastal Cleanup are plastic cigarette butts, food wrappers, plastic beverage bottles, plastic bottle caps, and plastic straws. Notice anything in common with those things? It's a lot of single-use, disposable plastic. Part of the "Trash Talk" series. 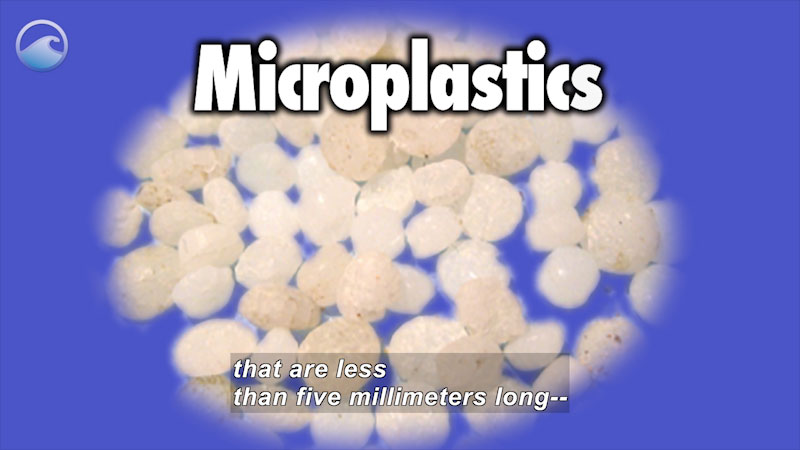 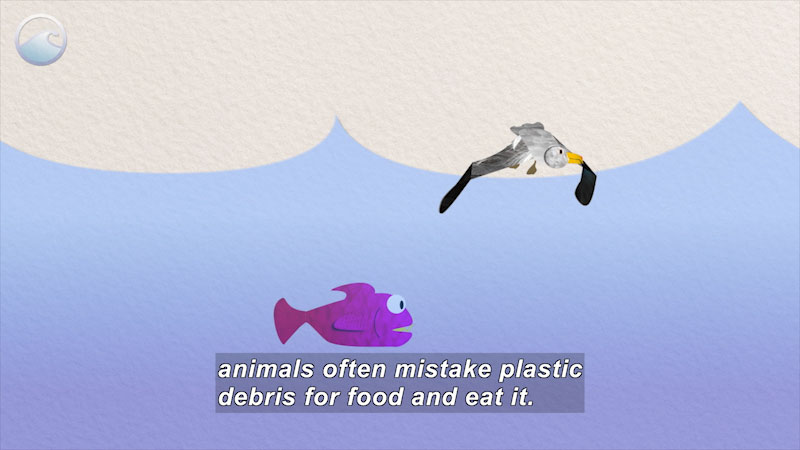 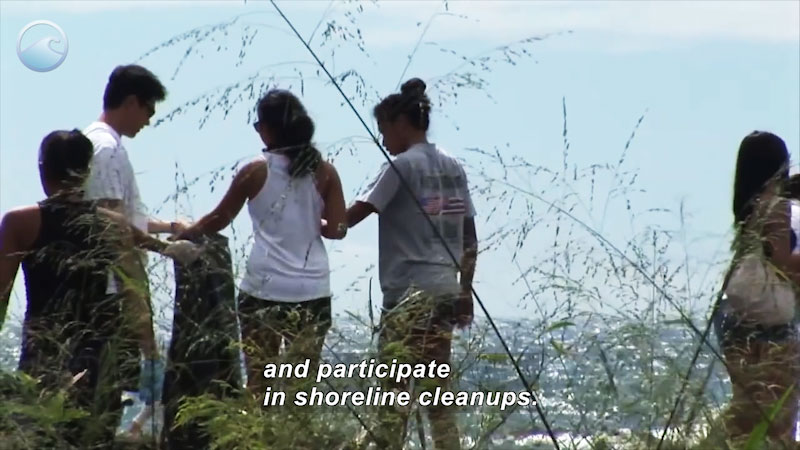 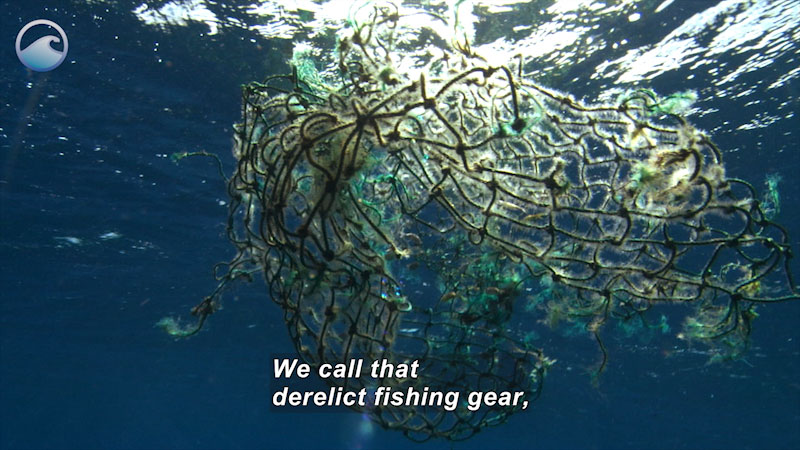 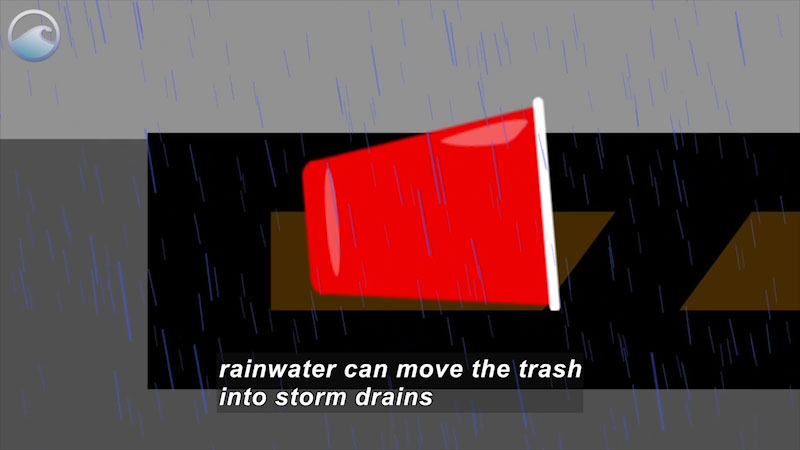