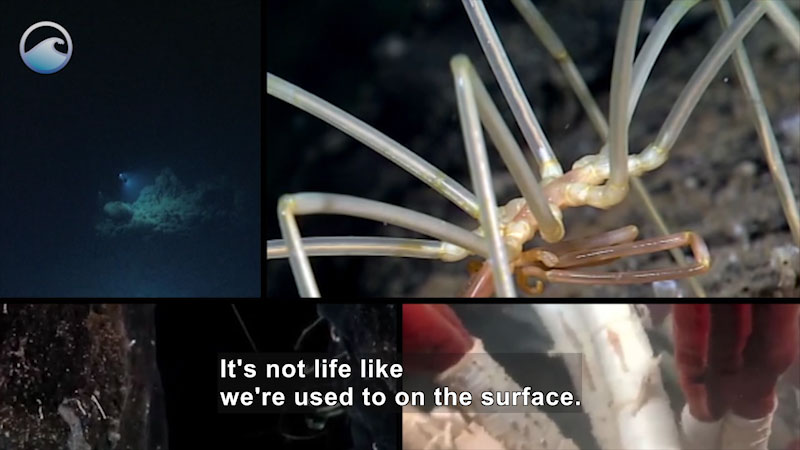 Basically, a hydrothermal vent is a hot spring produced by underwater volcanoes or tectonic activity. But what's really cool about them is the abundance and assortment of life that exist there. It's not life like we're used to on the surface. It's adapted to the dark conditions of the deep ocean. Organisms that live around hydrothermal vents don't rely on sunlight and photosynthesis. Instead, bacteria and archaea use a process called chemosynthesis to convert minerals and chemicals in the water into energy. This bacterium is the base of the vent community food web and supports hundreds of species of animals. What kinds of animals?

Scientists on the NOAA ship, Okeanos Explorer, went to the rift in 2011. Here's just some of what they saw: Riftia tube worms, also called giant tube worms, can grow to almost five feet long in less than two years; Bathymodiolus, deep-sea muscles, are often the first creatures to colonize the vent and are able to survive briefly after the vent is inactive; serpulid, or feather duster worms; and Tevnia tube worms, which are often the food of choice for vent crabs, the top predator of the vent community. But it's not all animals down there. Researchers also saw white, flocculent material erupting from the vents like a snow blower, indicating microbial life beneath the seafloor. And, of course, there were fresh lava flows, which means the seafloor is continuing to change, and that change means there's always more to learn.

(Describer) Title: Narrator: Dustin Parkhurst Logos are shown for the Smithsonian and NOAA. Accessibility provided by the US Department of Education.

Hydrothermal vents were originally discovered near the Galapagos Rift in 1977. They form from hot springs produced by underwater volcanoes or tectonic activity. Scientists have found an abundance and assortment of life that has adapted to the harsh, dark conditions surrounding these seafloor vents. Part of the "Deep Sea Dive" series. 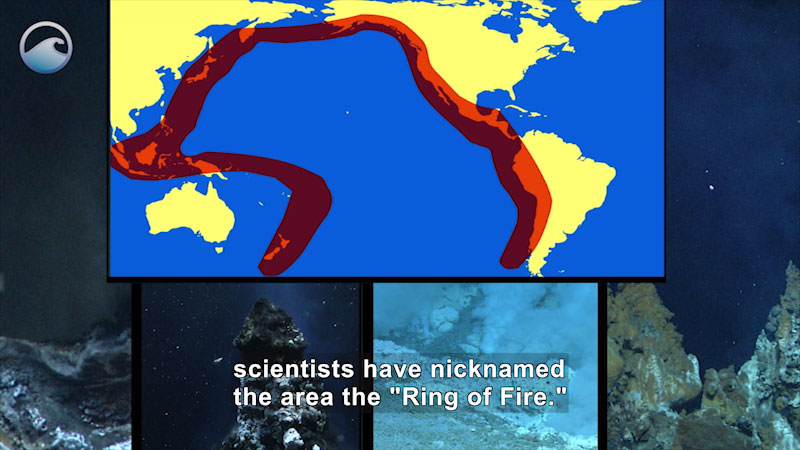 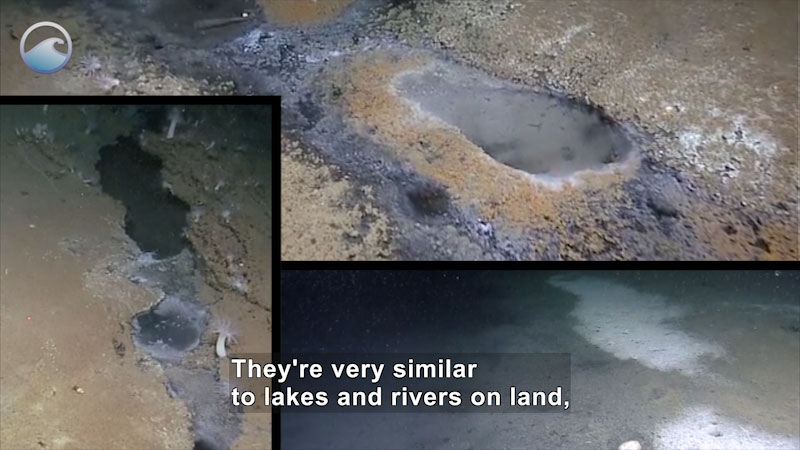