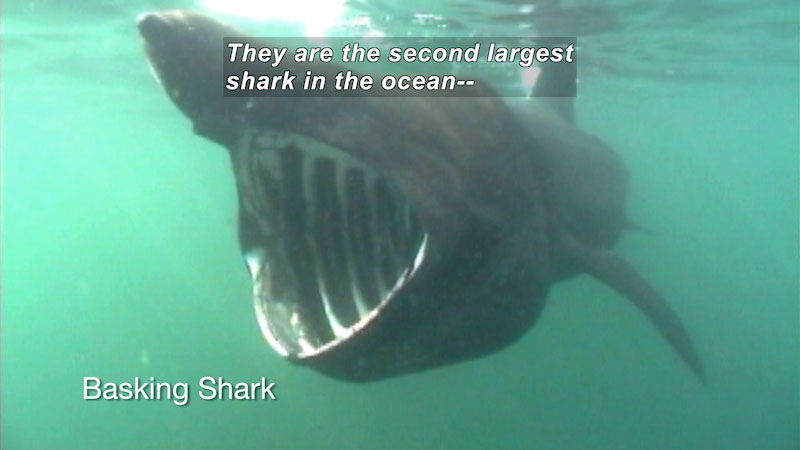 (female) My name's Heidi Dewar. I'm a fisheries research biologist at the Southwest Fisheries Science Center in La Jolla. My group works on highly migratory species. Most of the sharks we work on are blue, mako, and thresher sharks. Recently, we got the exciting opportunity to start a project on basking sharks. They are the second largest shark in the ocean-- slightly smaller than whale sharks, reaching 30 to 40 feet. Like the largest whales and sharks and rays, they're filter feeders, feeding on copepods, largely, and also fish eggs and other small organisms. If you see them, they could be big and imposing, but they're actually pretty docile with tiny teeth. They're not going to filter you to death. We want as much information on basking sharks as possible. What we'd like to know is their preferred habitat, what makes a basking shark habitat, or what conditions are necessary for their food? To address those questions, we started a basking shark tagging program. This is a towed satellite tag that's secured under the dorsal fin of the shark. It floats at the surface. When the shark approaches the surface, the tag transmits a location to satellites. We get information on their movements that way. Another great thing about these tags is, if the shark doesn't surface, with no intermittent transitions, it will pop off after a time. A little pin here corrodes, and the tag surfaces, then transmits log data, data recorded on the tag, over the course of the deployment. We have put out three of these tags off of San Diego and heard from all of them. We're also collaborating with people at Stanford. They put a fourth tag on. Basking sharks are named that because usually, when people see them in coastal waters, they're close to the surface feeding on surface slicks-- areas where water currents bring together nice food for them to filter. What we found with our satellite tags is that if they go offshore, their behavior completely changes. These two are the longest and most interesting. This fish went down off the coast of Baja, not as far offshore, and it came up daily. It's acting like a basking shark. But this shark went over to Hawaii. After leaving coastal waters, it didn't surface at all. What we think it was doing is, down at depth, following this massive fish and squid and crustaceans that move up and down daily-- the deep scattering layer. So it's not foraging on surface slicks, as we see near the coastal environment, but has a different foraging behavior offshore, which we didn't know about before. We've got the tagging work. And we're trying to go back in time and look at historic sighting records, but also do a better job of collecting current records. So we have an extensive outreach program. We've got stickers and cards and magnets we've distributed to people out on the water-- dive-boat operators, whale-watching vessels, recreational fishermen. We're reaching out to the community for more eyes on the water to find them. We use that information so we know when to launch an effort to tag and to get some sense for when they're here, to get a sense of why they're here and what those patterns are like. Accessibility provided by the U.S. Department of Education.

Basking sharks are the second largest shark in the ocean, and NOAA scientists are using the latest technologies to study them. The scientists capture and tag the sharks in an effort to study their movements and preferred habitat. Part of "The Science Behind" series. 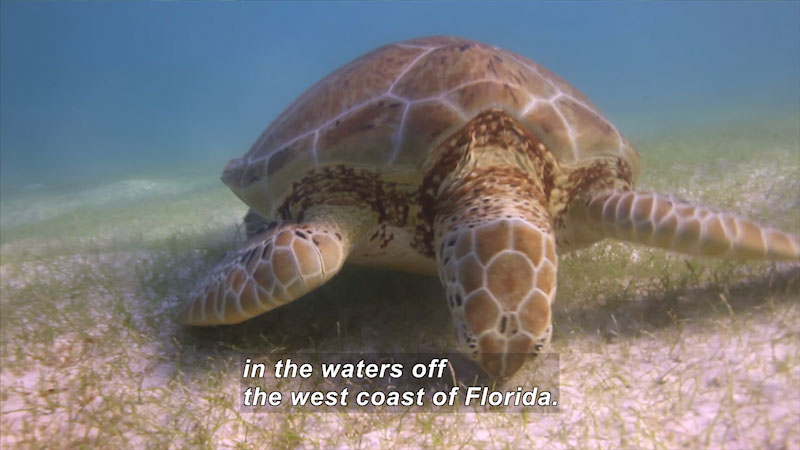