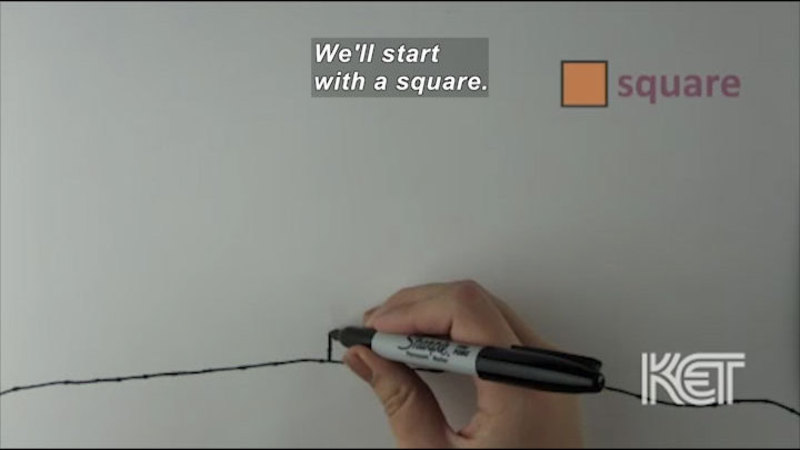 (Describer) In a cartoon, title: Everyday Math for Preschoolers. A tricycle, blocks, recycling bins and clothespins are around a title.

(child narrating) Let's draw a house made of shapes.

(Describer) ...drawn with a marker.

We'll start with a square. Here's the square part of the house and two square windows.

Now let's use triangles. Let's put on a roof shaped like a triangle.

Let's put on a door and two tree trunks shaped like rectangles.

(Describer) They’re like squished circles. The picture gets colored.

Being able to identify basic shapes and how they relate to each other is the foundation for understanding more complex geometrical concepts. Students learn how shapes fit together as they watch a house being built. Part of the "Everyday Math for Preschoolers" series.