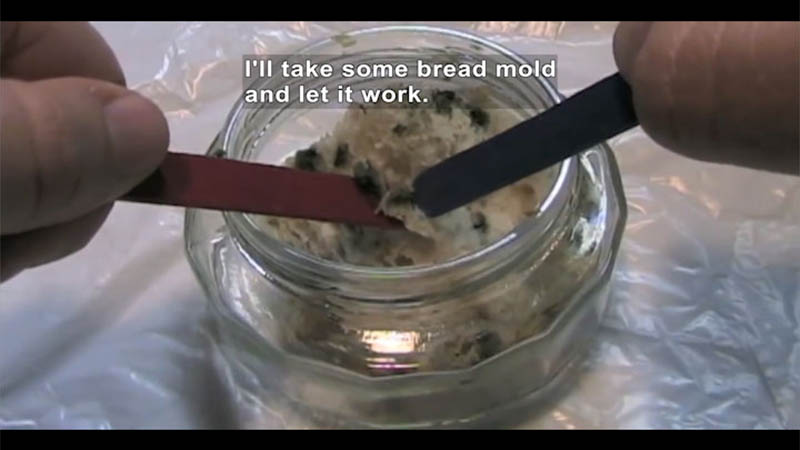 (woman) Microorganisms are small. So small, you can't see them, unless they cluster together. Each of these dots is really millions of bacteria. But down at a microscopic scale, mold and bacteria fight vicious battles. Their resources and territory are scarce, and the stakes are survival. Mold has a powerful chemical weapon in its arsenal.

I'm Emily. I'd like to show you Alexander Fleming's famous discovery that bread mold kills bacteria. Here's some fresh bread.

(Describer) She puts some in a glass jar.

I'll add some water because mold loves moisture. Now I need bacteria, which you can find basically anywhere, including in your mouth. This Petri dish has a Jell-O-like layer of agar, food for bacteria in my saliva. It'll take a few days before the colonies of bacteria are big enough to see.

(Describer) She covers the dish.

Let's set up place to grow mold and bacteria in a contained way, so it doesn't spread or infect anything else.

(Describer) They’re set on a table.

(Describer) They cover the petri dishes, and the jar of bread. Later...

(Describer) She takes the bell jars off, and uncovers a petri dish.

(Describer) She moves it with sticks.

Legend has it that in Fleming's original experiment, some mold from his lunch sandwich accidentally dropped into his Petri dish.

(Describer) A few pieces fall into the dish.

Let's take a closer look, then we'll come back later and see what's changed. Under a microscope, mold looks like this yellow model, and mold attacks bacteria cell walls, represented by these cups. Mold secretes a chemical, penicillin, which damages bacteria cell walls, stamping out the competition. This means the bacteria surrounding the mold will die.

(Describer) The area around the mold is now blank.

Mold and bacteria have been battling for millions of years. Mold keeps coming up with new weapons, antibiotics, and bacteria keeps coming up with new shields, resistance. Alexander Fleming, after treating wounded soldiers in World War I, was the first to realize how useful antibiotics are for treating infection. Today, we remember him for his discovery of penicillin. I think his experiment is neat, and I hope you do too. 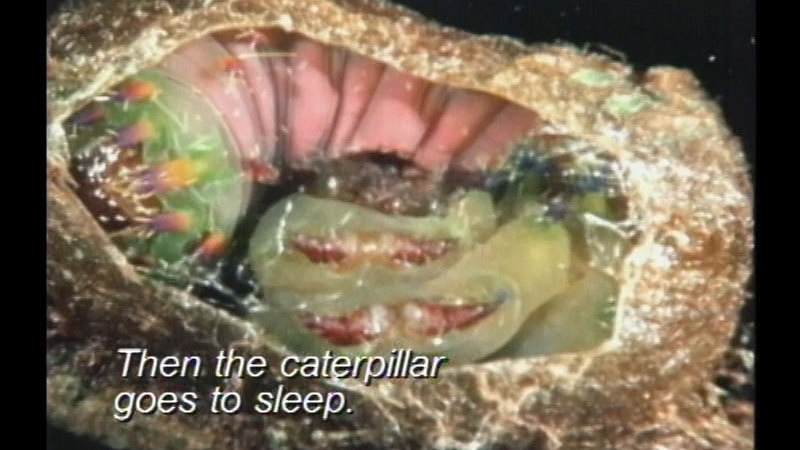 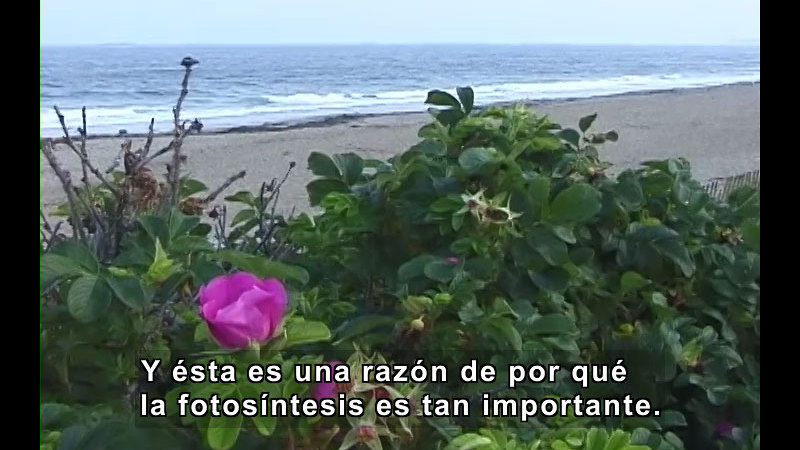 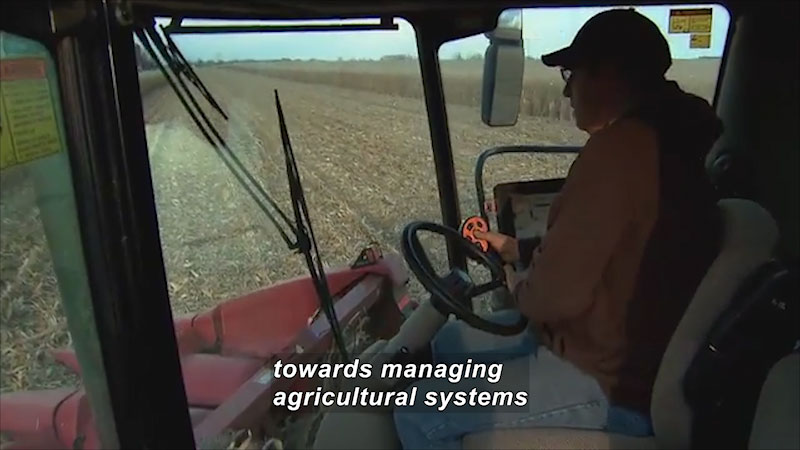 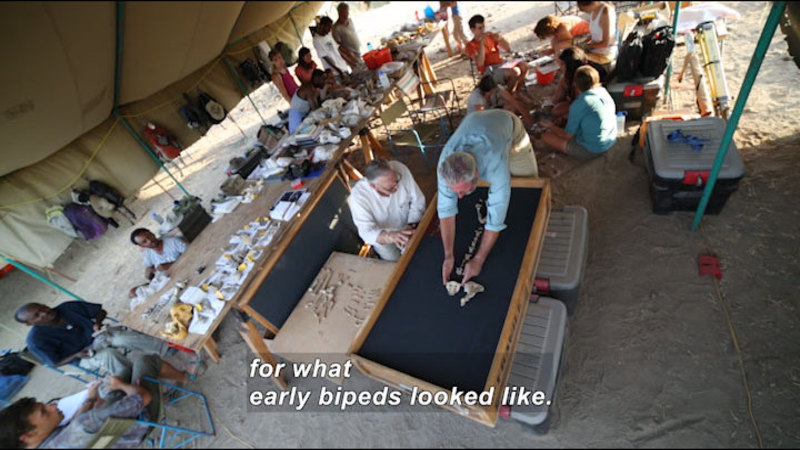