Captioned Films for the Deaf

New educational and cultural horizons for the deaf were made possible in 1958 when the U.S. Congress enacted P.L. 85-905, thereby creating the Captioned Films for the Deaf program, which is a free-loan service of subtitled motion pictures similar in nature to the free-loan service of "Talking Books for the Blind." Beginning with an initial appropriation of enabled deaf persons to experience people, places, and ideas so important to the social and educational growth of our society.

The advent of the program and the magnitude of its impact on the deaf population of the United States resulted in quick recognition of educational media as a tremendous but relatively untapped educational resource. Thus, on the several occasions on which the law was subsequently amended, Congress greatly expanded its scope, authorizing research, training, adaptation, production, acquisition, and distribution of educational media, not only for the deaf but also for those with other handicapping conditions. As a result, the Captioned Films program became involved in helping to design mediated educational materials to help meet the learning and social needs of the overall handicapped population, although those with impaired hearing remained the chief target. The extension of the benefits of media to all handicapped individuals led, in turn, to the establishment of a Division of Media Services in the Bureau of Education for the Handicapped (BEH), with two branches—the Captioned Films and Telecommunications branch and the Learning Resources branch. As they work together, these two branches are attempting to set up a systematic approach for enabling handicapped children to acquire the skills they need through a comprehensive network of media centers providing a wide variety of services.

Meanwhile, the Captioned Films and Telecommunications branch retains, but is not limited to, the mission of seeking to overcome the isolation from the overall social environment that is created by deafness. That central mission is clearly in harmony with the major BEH objective of making sure that educational services are provided to all handicapped persons, in that program activities are directed toward assuring that none of our handicapped citizens is denied the full range of motion picture films, television, telecommunications, and other technological advances that nonhandicapped persons customarily take for granted.

The introduction of sound films in 1927 seemed to signal to deaf persons that they were to be completely isolated from the motion picture media. The threat was, of course, averted as the Captioned Films program made it possible once again for hearing impaired persons to share a common experience with the general public and to participate in the recreational and cultural aspects of motion pictures. Moreover, captioned films opened up avenues not only to recreation but also to important learning experiences. The area of language is a specific example of this. Captions can convey developments in language usage, new terms, new idiomatic expressions, and social changes to deaf persons in such a way that their vicarious experiences are expanded into the real world.

Thus, it is not surprising that bookings of theatrical and documentary films to schools and other agencies and organizations serving deaf children and adults recently reached 19,000 per month. Educational films for classroom use are distributed through a network of 60 film depositories and are seen by more than 1.5 million children annually. Consumer input in the selection and development of these films is considerable. Both deaf and hearing classroom teachers, representing both public schools and residential schools, participated with media specialists and program supervisors in screening, evaluation, selection, caption writing, and the development of study guides.

In addition to its work with motion pictures, the Captioned Films and Telecommunications branch is deeply involved in such other media activities as the use of television not only as a means of enhancing the instructional environment of the deaf but also as a means of exploring ways to make this medium as much a reality in the lives of the severely hearing impaired as it is for those with normal hearing. Television offers extraordinary opportunities. Its immediacy and its availability in 112,000,000 homes in the United States make it the most persuasive and penetrating of all media. Toward capitalizing on this potential, the Captioned Films and Telecommunications branch has engaged in experiments with captioning several Public Broadcasting Service (PBS) television programs, one result being a PBS network captioned news program that is now broadcast 5 evenings per week in approximately 130 cities. Estimates are that approximately 6 million deaf persons are reached with each broadcast.

Meanwhile, other research efforts in this area have shown that captions on the television screen are distracting to at least 10% of regular television viewers, with the result that commercial broadcasters are reluctant to use the captioning approach. BEH has thus launched additional experiments to bypass this obstacle. Current efforts are being concentrated on the development of a "closed-captioning" system that would permit captions to be converted into electronic codes which hide the captions in the regular television signal in such a way as to make them visible on the screen only by the use of a special decoding device attached to a television set. Equipment to broadcast these signals has been developed and tested, and permanent authorization to use it is being sought from the Federal Communication Commission. Assuming this authorization will be granted, the next step would be the mass production of low-cost decoders for the market place and a campaign to encourage broadcasters to become involved in providing the necessary staff and equipment. In addition to representing a major advance for the Nation's 13.4 million hearing impaired individuals, such a system might be a special boon to bilingual families and could also open up new approaches to reaching children, handicapped and nonhandicapped alike, who have trouble learning how to read.

The Captioned Films and Telecommunications branch also works closely with other BEH programs by funding and co-monitoring projects that heavily involve technology. Such projects have resulted in promising advances in the use of telecommunications with severely handicapped children and progress also in adapting already developed technological applications to the needs of the handicapped.

The newest endeavor being undertaken is the development of a marketing unit designed to make sure that useful validated products get into the hands of the handicapped for whom they were developed. Plans are now under way to make available such products as the Oplacon, a device that will permit properly trained blind individuals to read ink print; validated televised programs designed to instruct parents in teaching their severely handicapped homebound children; and packaged segments of video programming geared to developing positive self-concepts in handicapped children, as well as, creating better acceptance of the handicapped by normal children.

Future program activities include projects designed to create continuing education programming to create public awareness, and experiments with computer-assisted instruction as a means of enhancing the learning environment of handicapped children in school systems.

Technology has always played a role in the educative process, beginning perhaps with the earliest computer, the abacus, and ranging to the invention of movable type, five centuries ago, and to the application of modern computers today. Where the handicapped learner is concerned, however, technology has played an insignificant, incidental role. It is paradoxical that the telephone, which did not benefit the deaf, was the result of efforts to perfect visible speech, while Braille, which greatly benefited the blind, was originally intended as a system by which sighted persons could read military messages in the dark.

The time has come to pay greater attention to the application of technology to the problems of the handicapped educationally, culturally, and socially. That is the promise of the new vision and the new vigor inherent in the PL 94-142 Amendments to the Education of the Handicapped Act. Building on the foundation laid in 1958 by the enactment of P.L. 85-905, the future can be expected to see special education gain new strength through further technological advances. 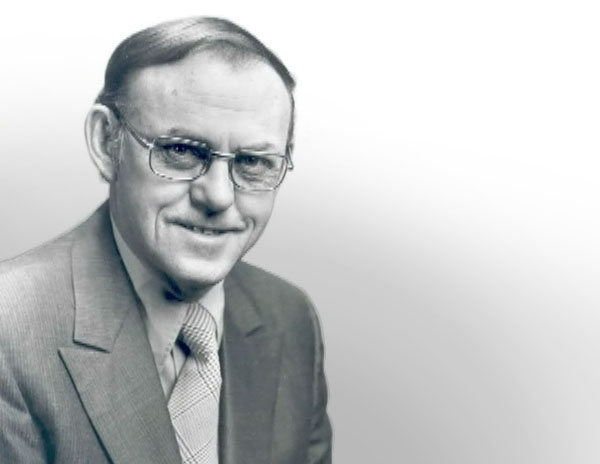